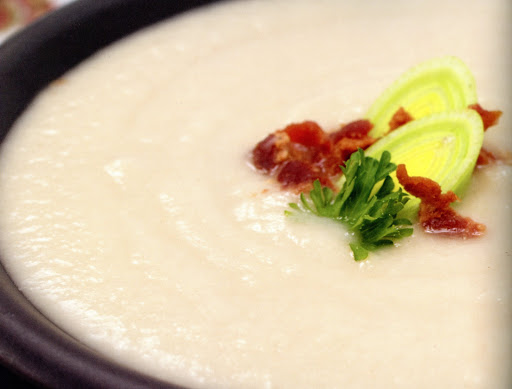 Cook the bacon in a medium-sized pot for 4-5 minutes, or until brown

For a more delicately flavored soup, sub in water for the vegetable stock

Instant Pot Potato and Leek Soup comes together in about 30 minutes for a quick, easy, and delicious meal full of v...

Homemade crispy shoestring potatoes with fresh herbs are so worth the effort to top each serving of this potato lee...

By Foodiewife, A Feast for the Eyes

This soup is thick, and hearty, and very comforting

Preparation Melt butter on medium heat in a large pot