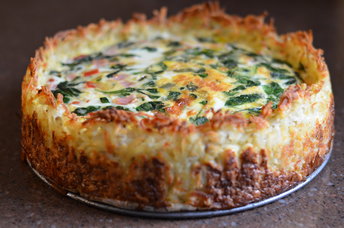 This breakfast quiche filled with spinach and gruyere cheese is made even better with crispy hash brown crust. Serve this at your next brunch! 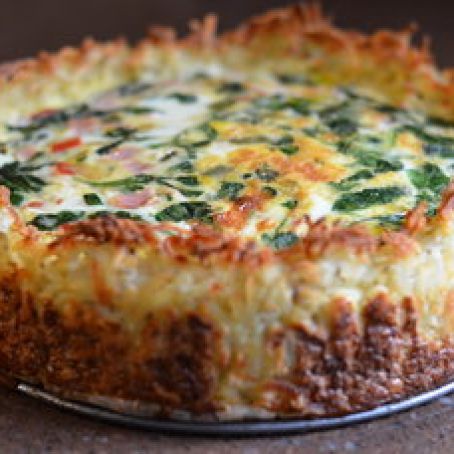 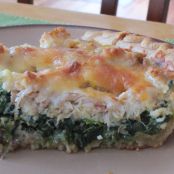 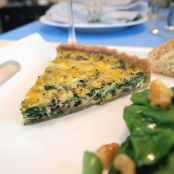 CRUST:
Add a little olive oil to the bottom of a spring form pan and line with parchment paper, including the sides. Brush with more oil on top of the parchment paper. Set aside

Combine the hash browns, melted butter, egg and spices in a bowl and put them in the pan pushing them up the sides

QUICHE:
In a small pan, over low/medium heat, add a Tablespoon of oil and sauté the onions, pepper and garlic for 8 to 10 minutes or until soft and translucent. Add the spinach and cook another few minutes over low heat until wilted. Set aside to cool

In a bowl, combine the eggs, egg whites, milk, cheese and bacon. Add the cooled onions and stir to combine. Season with salt and pepper and pour into the hash brown crust pan 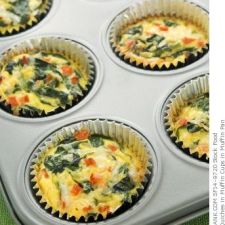