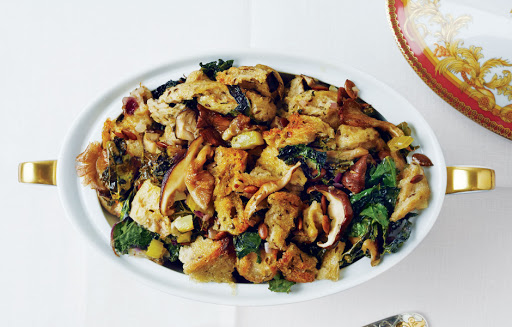 Using rye bread to make your stuffing gives it a unique flavor. Combine the rye bread cubes with kale, mushrooms and pumpkin seeds to make it savory and delicious! 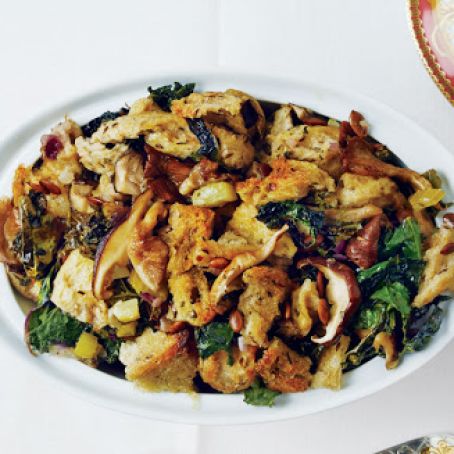 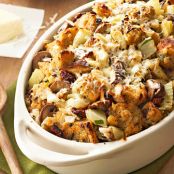 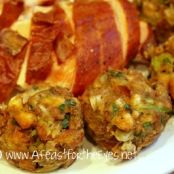 Preheat oven to 350°F. Brush a shallow 3-qt. baking dish and a sheet of foil with oil. Place bread cubes in a very large bowl.

Toast pumpkin seeds on a rimmed baking sheet, tossing once, until golden brown, 8 to 10 minutes. Let cool. Add to bowl with bread.

Heat 2 tablespoons oil in a large skillet over medium-high. Add half of mushrooms, season with salt and pepper, and cook, tossing occasionally, until softened, 6 to 8 minutes. Transfer to bowl. Repeat with 2 tablespoons oil and remaining mushrooms.

Heat 1/4 cup oil in skillet. Add celery and shallots, season with salt and pepper, and cook, stirring often, until shallots are golden brown and soft, 8 to 10 minutes. Add kale, sage, and rosemary and cook, tossing often, until kale is wilted, about 2 minutes. Transfer to bowl.

Reduce heat to medium and cook wine in skillet, scraping up any browned bits, until almost all evaporated, about 1 minute. Drizzle over bread mixture.

Whisk eggs, 2 cups stock, and ½ cup oil in a medium bowl; pour over bread mixture. Season with salt and pepper and toss, adding more stock 1/4 cup at a time, you may not use it al), until combined and bread is hydrated. Transfer to prepared dish and drizzle with oil.

Cover with oiled foil; bake until a paring knife inserted into the center comes out hot, 30–35 minutes. Increase oven temperature to 450°F. Uncover and bake until top is golden brown and crisp, 20 to 25 minutes. Let sit 10 minutes before serving.

DO AHEAD: Stuffing can be assembled 1 day ahead. Cover and chill until ready to bake. 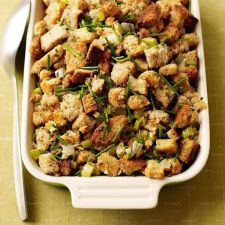