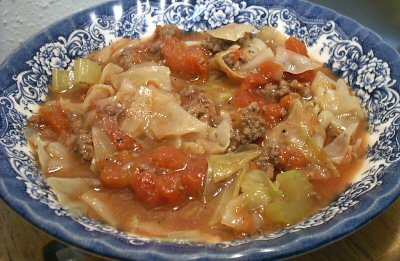 You'll love this cabbage soup that make a full meal with the beef, onions, tomatoes and, of course, cabbage! Perfect weeknight dinner! 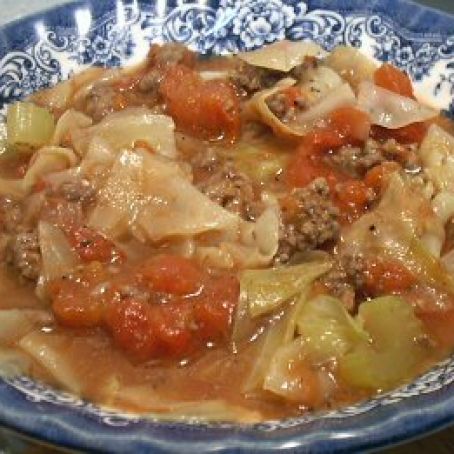 In a large soup pot, brown the ground beef, garlic and onion; drain.

Add the tomatoes, cabbage, celery, broth, bouillon granules salt and pepper and bring to a boil. Simmer, uncovered, until the vegetables are tender, about 30 minutes.

Adjust the seasonings to taste.

Notes: The original recipe came from a little cookbook that my friend, Nancy, found in the supermarket checkout. The basic idea sounded good and easy, but I found that it needed a few tweaks. Even after making a few changes, I think it would lend itself to more perking up. It's very good, and my husband liked it a lot, but it's a bit on the bland side. I suspect that at least one ingredient was left out of the printed recipe because there was no liquid called for other than the tiny bit in the canned tomatoes. I added some broth, the garlic, bouillon and sweetener. The celery took the longest to cook so I think I might cook it along with the ground beef and onion to speed up the cooking time. The nice thing about this soup is how quick it is to throw together. Although I marked this soup as suitable for induction, I recommend sticking with a small serving because of the tomatoes. 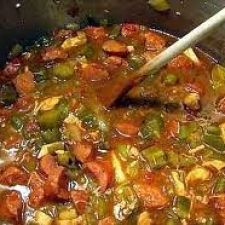