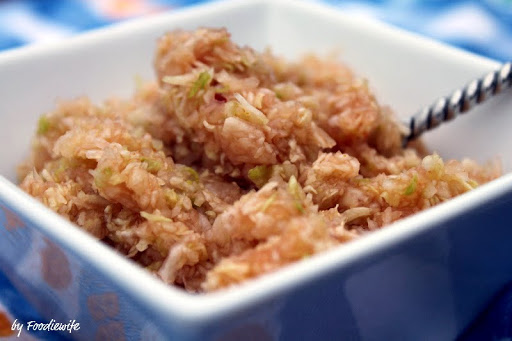 This recipe comes from Cook's Country Magazine (June/July 2011 issue). What we like about this version of slaw, is that vinegar is used instead of mayonnaise.
There's a reason that the directions say to microwave the cabbage just until it wilts. This helps to draw all the moisture out much quicker. Otherwise, the slaw would become watery and runny. This is very easy to make, and I was surprised at how much we liked this slaw recipe. We served it with Slow-Cooked Pulled Pork and Boston Baked Beans. 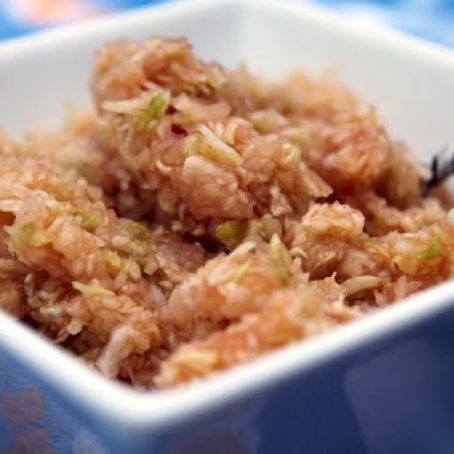 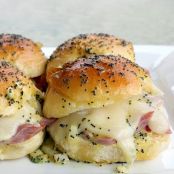 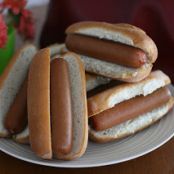 1. Microwave vinegar and pepper flakes until mixture is bubbling around edges, 1 to 1 1/2 minutes. Whisk ketchup and 1 teaspoon salt into vinegar mixture until combined.

3. Press cabbage to release excess moisture; discard liquid (it should measure about 1/3 cup). Toss cabbage and dressing in clean large bowl until combined. Cover and refrigerate for 30 minutes or up to 2 days. Serve. 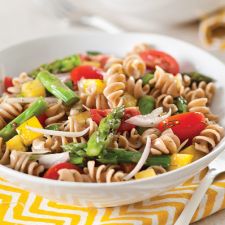