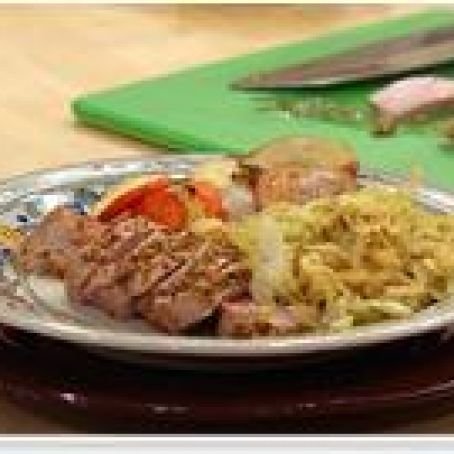 Season the pork liberally with salt and pepper, sprinkle evenly with granulated onion and garlic, and slather each tenderloin with mustard. Sprinkle the fennel seeds over top.

On a rimmed baking sheet or in shallow roasting pan, toss carrots, parsnips and potatoes with oil to coat then season with salt and pepper. Push veggies off to each side of the pan and set tenderloins down the middle. Roast 35-40 minutes, or until a meat thermometer reads 145°F. Let meat stand 10 minutes before slicing.

For the slaw, melt butter in a large skillet over medium to medium-high heat. Add apples and sauté to light golden, 5 minutes. Wilt in cabbage in handfuls, season with salt and pepper. When cabbage has wilted into pan, douse with cider, vinegar and sugar, and cook 5 minutes more at a simmer.

Serve sliced pork with roasted carrots and parsnips, and slaw alongside. 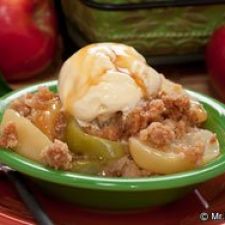