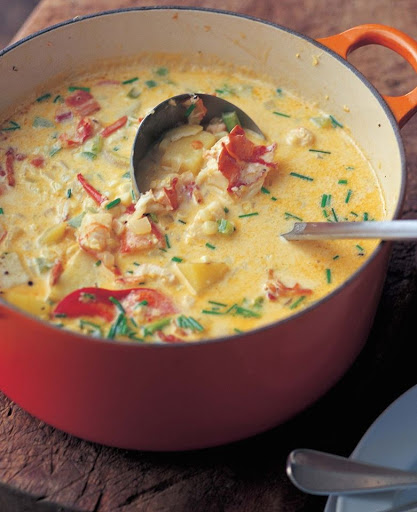 Prepare this hearty chowder at the height of summer, when lobster and fresh corn are at their seasonal best. Creamy and rich, this hearty chowder is filled with the flavors of sweet corn, succulent lobster, chives, and heavy cream for added richness. Serve this recipe with a loaf of crusty bread for sopping up that luscious sauce. 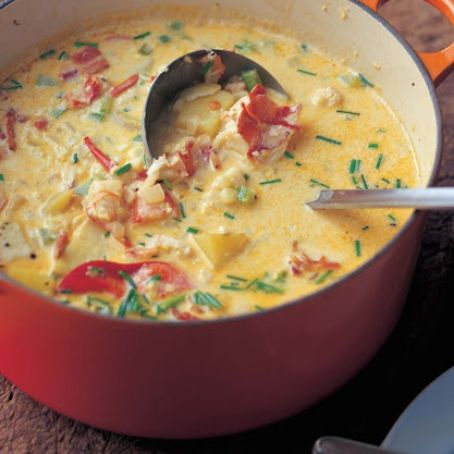 Remove the meat from the shells of the lobsters. Cut the meat into large cubes and place them in a bowl. Cover with plastic wrap and refrigerate. Reserve the shells and all the juices that collect.

Cut the corn kernels from the cobs and set aside, reserving the cobs separately.

For the stock, melt the butter in a stockpot or Dutch oven large enough to hold all the lobster shells and corncobs. Add the onion and cook over medium-low heat for 7 minutes, until translucent but not browned, stirring occasionally. Add the sherry and paprika and cook for 1 minute. Add the milk, cream, wine, lobster shells and their juices, and corncobs and bring to a simmer. Partially cover the pot and simmer the stock over the lowest heat for 30 minutes. (I move the pot halfway off the heat.)

Meanwhile, in another stockpot or Dutch oven, heat the oil and cook the bacon for 4 to 5 minutes over medium-low heat, until browned and crisp. Remove with a slotted spoon and reserve. Add the potatoes, onions, celery, corn kernels, salt, and pepper to the same pot and saute for 5 minutes. When the stock is ready, remove the largest pieces of lobster shell and the corncobs with tongs and discard. Place a strainer over the soup pot and carefully pour the stock into the pot with the potatoes and corn. Simmer over low heat for 15 minutes, until the potatoes are tender. Add the cooked lobster, the chives and the sherry and season to taste. Heat gently and serve hot with a garnish of crisp bacon. 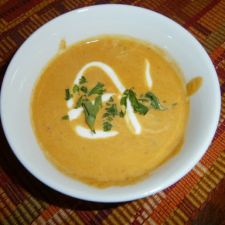