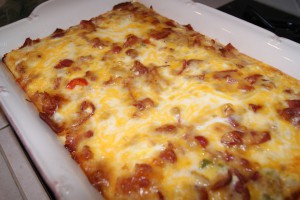 Easy-to-make breakfast casserole that already includes the bacon, eggs and hash browns, with cheese! Make the day before and pop in the oven first thing in the morning for an easy breakfast. 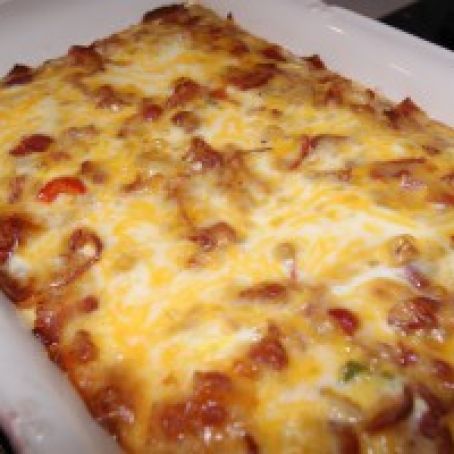 Salt and pepper to taste. Bake in a preheated 400°F oven until tater tots are golden brown. Remove from oven and set aside.

In a frying pan, fry bacon until crisp, then crumble. Discard all bacon grease except 1 tablespoon for sautéing. Add the onion and peppers in the same fry pan as the bacon, saute the diced onion and peppers until soft. 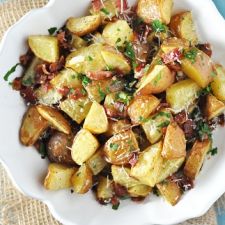