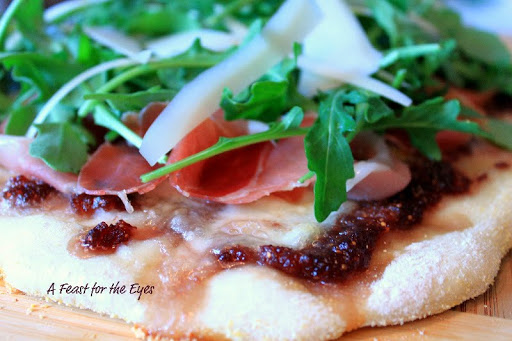 This recipe comes from The Pioneer Woman (Ree Drummond). I watched her make this on her new Food Network show, and I recreated it without a recipe. It's not that I'm a genius, but it's a simple recipe. While I do like to make my own pizza dough, I actually used one from Trader Joe's. This is not an inexpensive pizza to make (about $15.00), but I doubt any pizza place would have something like this on their menu. If you love figs, the sweetness combined with Prosciutto de Parma (which is the costly part of this), with melted fresh mozarella, the peppery greens of arugula...well, let's just say this makes a lovely appetizer and makes a lovely presentation. Great recipe! 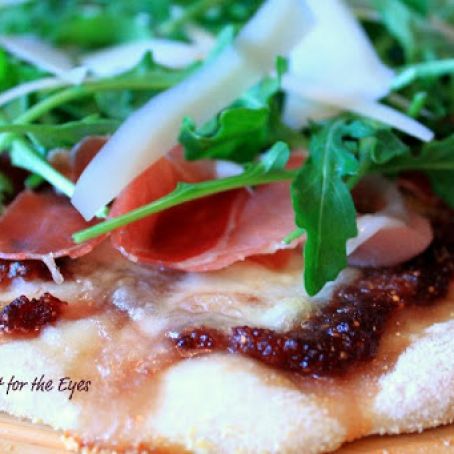 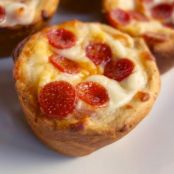 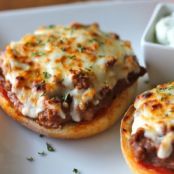 For the crust: Sprinkle the yeast over 3/4 cup warm (not lukewarm) water in a bowl.

In a stand mixer with the paddle attachment, add the flour and salt and, with the mixer running on low speed, drizzle in the olive oil. Keep going until it's mixed through. Next, pour in the yeast/water mixture and mix until just combined.

Coat a separate mixing bowl with a light drizzle of olive oil, tip the dough in and form it into a ball. Toss to coat the dough ball in the olive oil, then cover the bowl tightly with plastic wrap and allow the dough to rise for at least an hour, or up to 3 or 4 days.

Preheat the oven to 500 degrees F. Arrange the oven rack in the lowest position.

Remove from the oven and immediately drape the prosciutto slices over the hot pizza. Sprinkle generously with the arugula and Parmesan shavings. Cut into wedges or squares and serve immediately! 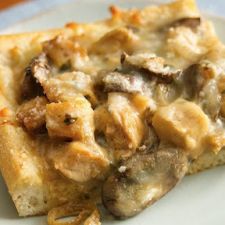