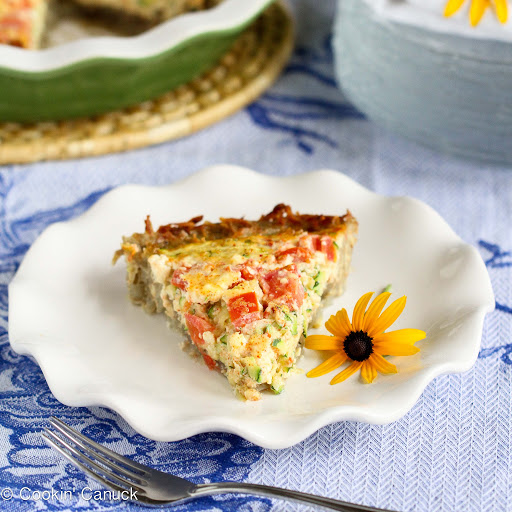 This potato-crusted vegetarian quiche recipe, filled with summer vegetables, makes a beautiful presentation for a weekend brunch. It’s also easy enough to throw together for a Meatless Monday dinner. 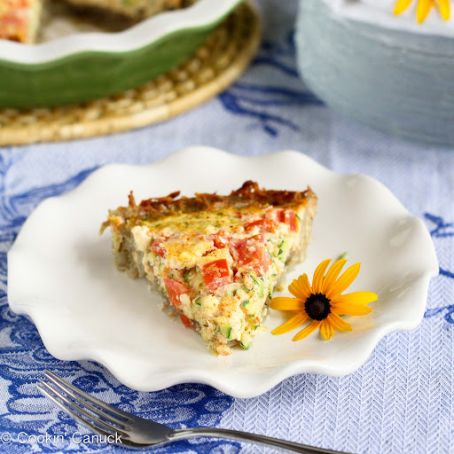 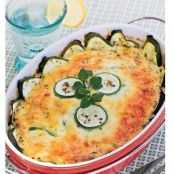 With a paper towel or kitchen towel, squeeze the excess moisture out of the shredded potato.

In a medium-sized bowl, toss the shredded potatoes with the olive oil, salt and pepper.

Transfer the potato mixture to the prepared pie dish, and press the potato evenly on the bottom and up the sides of the dish.

Bake until the potatoes are golden brown on the edges, 17 to 20 minutes.

While the crust is baking, whisk the eggs, egg white and milk together in a large bowl. Whisk in the smoked paprika, salt and pepper.

Stir the grated zucchini into the egg mixture, and pour the entire mixture into the prepared crust.

Sprinkle the tomatoes, feta cheese and green onion evenly over the egg mixture.

Let the quiche cool for about 10 minutes. Cut and serve. 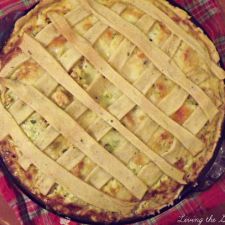