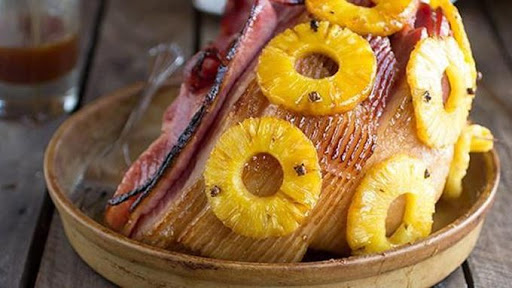 Pineapple glaze sets the tone for this delicious baked ham recipe! This dish can be enjoyed anytime but has been a family holiday favorite for years!

Recipe by Half Baked Harvest 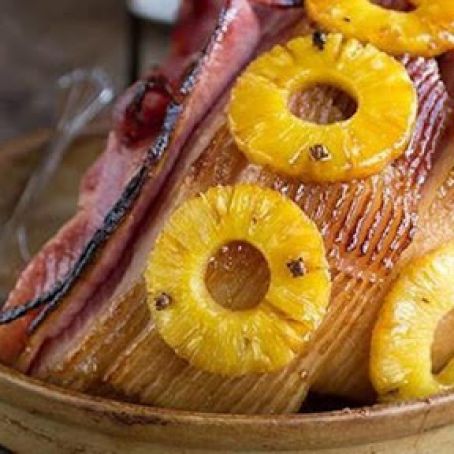 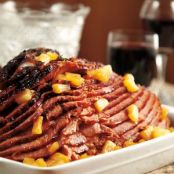 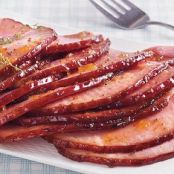 Place the ham facedown in a roasting pan. Cover tightly with foil and bake for 1 1/2 hours.

While the ham is cooking, in a medium sauce pan, combine the brown sugar, maple syrup, bourbon and mustard. Open the can of pineapple and drain the pineapple juice into the pan with the brown sugar mixture. Bring to a boil over medium-high heat, stirring constantly. Once the mixture has come to a boil, reduce the heat to low and simmer for 10 to 15 minutes, or until reduced by about half. Remove from the heat and set aside until the ham is done.

After the ham has been baking for 1 1/2 hours, remove from the oven and increase the oven temperature to 400°F.

Brush the baked ham with the glaze (you might not use all the glaze), then top with the pineapple rings, securing them with toothpicks or cloves. Return the ham to the oven and bake uncovered until heated through, 25 to 30 minutes. Remove and let sit 5 minutes. Serve with the remaining glaze.