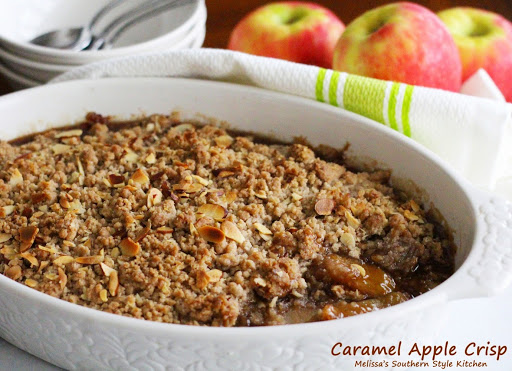 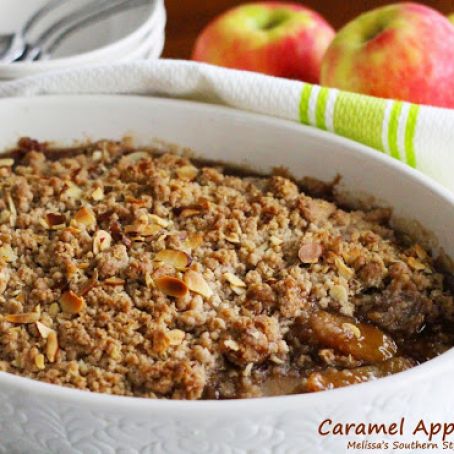 Preheat the oven to 350°F and spritz a 3 quart shallow baking dish with cooking spray. On the stove top over medium high heat simmer the butter, brown sugar, corn syrup, cinnamon, salt and nutmeg. Simmer for 3-5 minutes until the sugar has completely dissolved. Stir to prevent sticking.

Add the sliced apples and stir until coated. Remove from the heat and stir in the vanilla. Pour into the baking dish.

In a medium mixing bowl, whisk together the flour, oatmeal, ground cinnamon and salt. Cut the chilled butter into the flour until it resembles peas. [Tip: A hand mixer on low speed works great for this if you don't have a food processor] Add the nuts. Mix well.

Sprinkle over the caramel apples. Bake for 45 minutes until bubbly and the crisp topping is golden. Rest on the counter for 15 minutes to allow the caramel to thicken. Serve warm with vanilla ice cream. Yield: 8-10 servings 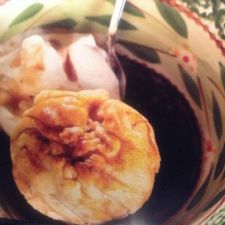