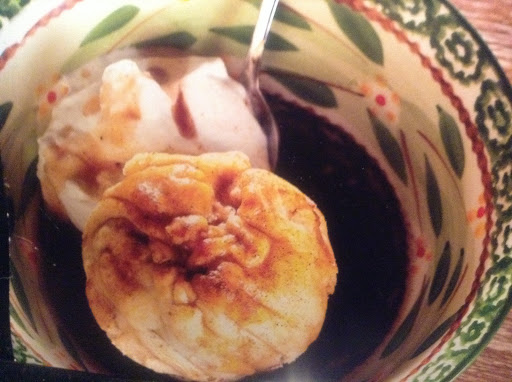 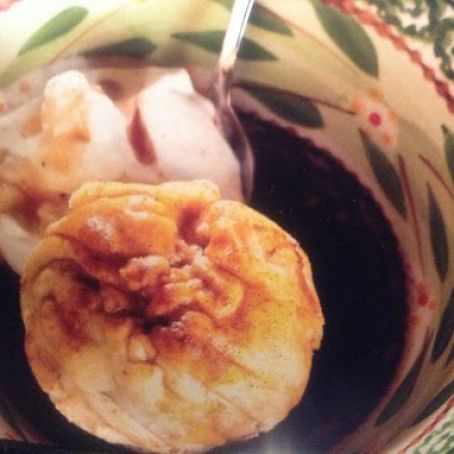 Crust: In a medium bowl mix flour and shortening until small crumbs form. Stir in water just until dough forms. Wrap in plastic and place in refrigerator to rest.

Filling: Peel and core apples. In a small bowl mix together brown sugar, cinnamon and nutmeg. Set aside. Dice butter into small pieces. Set aside.

Sauce: In a small saucepan bring all sauce ingredients to a boil. Reduce heat and simmer uncovered for 5 minutes. Reduce to low and cook another 5 minutes to thicken.

Assembly: Cut dough into 6 equal pieces. On a floured surface roll out each piece into a 6 inch circle using your rolling pin. Place one apple in the middle of each dough circle. Sprinkle with spice mixture and place a few pieces of butter in each apple core. With wet fingers bring up each corner of dough until Apple is completely wrapped. Set in muffin cups.

Place muffin pan on a baking sheet. Drizzle half of the sauce over the dumpling. Bake for 25 minutes at 400 degrees or until golden brown. Serve each in a dessert bowl with remaining sauce spooned over the top. 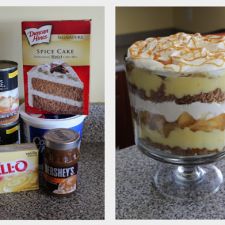