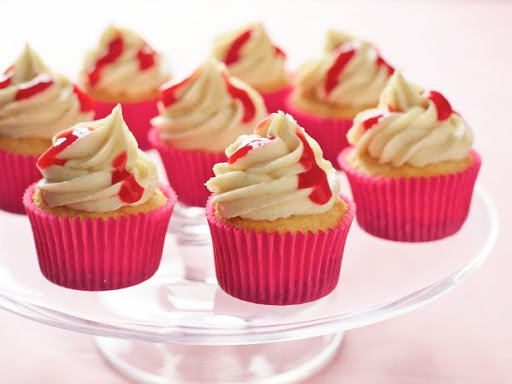 It's recommended you use a good-quality, tart raspberry preserve to offset the sweetness of the cream cheese frosting in these scrumptious New York cheesecake themed cupcakes. 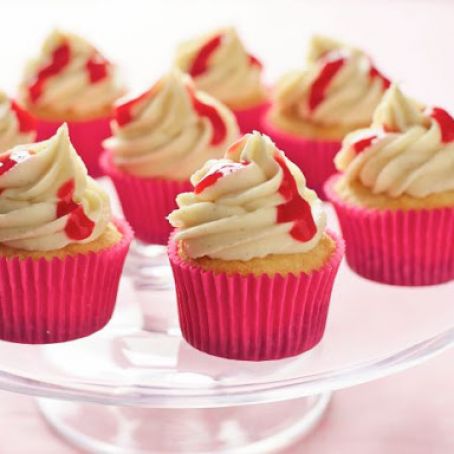 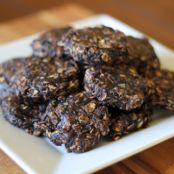 Preheat the oven to 375°F. Line two standard 12-cavity muffin pans with cupcake liners. Evenly distribute the gluten-free cookie crumbs into the liners, about a tablespoon in each cup.

Crack the eggs into a small container and set aside.

Once all the eggs have been added, stop the mixer and scrape down the sides of the bowl to ensure that all the butter is incorporated with the eggs. Add the vanilla bean paste and blend uniformly.

Add the gluten-free baking mix in three additions, alternating with the milk, in two additions, fully incorporating each addition into the batter before moving to the next step. If needed, stop the mixer after each addition and scrape down the sides of the bowl and then resume mixing on low.

Once all the dry ingredients and the milk have been combined with the butter mixture, evenly fill the cupcake pan cavities two-thirds of the way full. Bake the cupcakes until the top of each cupcake is slightly springy to the touch and a toothpick inserted in the center comes out clean, 14 to 16 minutes.

Remove from the oven and immediately turn the cupcakes out of the pan onto a cooling rack. Let the cupcakes cool completely.

Using an apple corer or knife, core out the center of each cooled cupcake. Then fill with 1 tablespoon raspberry preserves and top with the Vanilla Bean Cream Cheese Frosting. Drizzle a small amount of the Raspberry Coulis over the top.

Fit an 18-inch plastic piping bag with an 847 star tip and twist the bag right by the tip to prevent the buttercream from leaking out. While you grasp the piping bag right above the star tip with your hand, fold the top of the piping bag over your hand and spoon the cream cheese frosting into the piping bag. Set aside.

For the raspberry coulis: Put the raspberries in a heavy sauce pot and heat until warm. Mix together the sugar and 3 tablespoons water and add to the raspberries. Bring just to a boil, until all the sugar dissolves. Let cool and pour the raspberry mix into a blender or food processor and puree. Strain through a fine mesh sieve to remove all or part of the seeds. 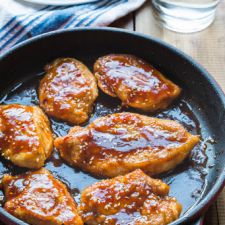