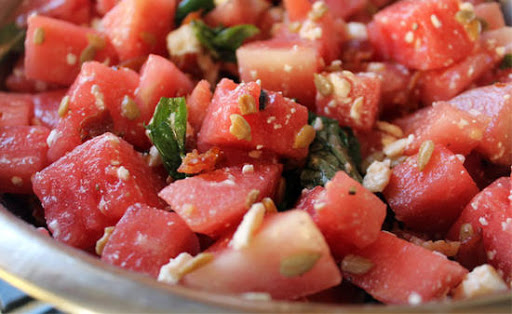 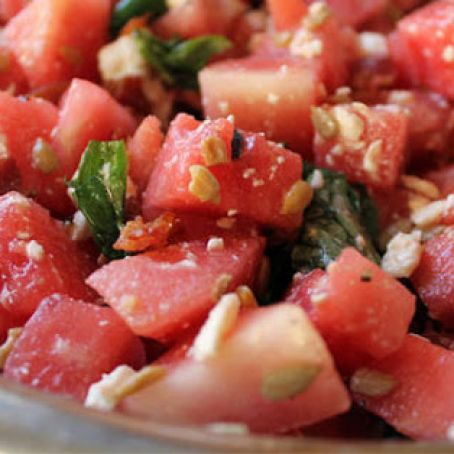 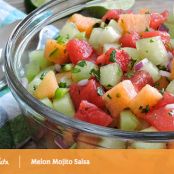 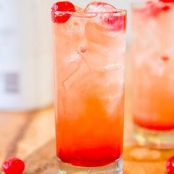 After dicing the watermelon, place the cubes a colander over a large bowl and set in the refrigerator to drain while preparing the rest of the salad.

In a large pan, slowly render the diced bacon until crispy. Discard bacon fat and set bacon aside on a paper towel to cool.

When ready to serve toss the watermelon with the salt, pepper, oil, and vinegar and allow to marinate for 10 minutes. Pull the watermelon out of the oil and vinegar marinade leaving the excess liquid behind. Transfer to a 9 x 9 casserole dish or a large shallow bowl. Top with torn basil, toasted pumpkin seeds, feta and bacon. 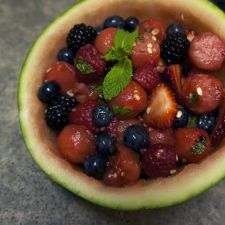