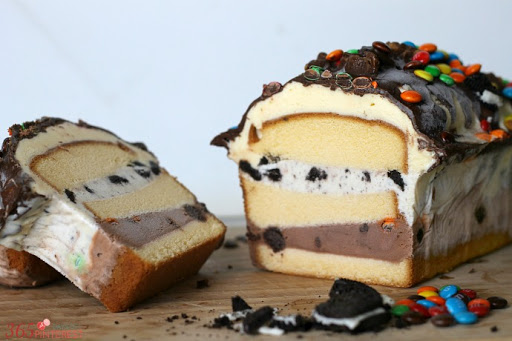 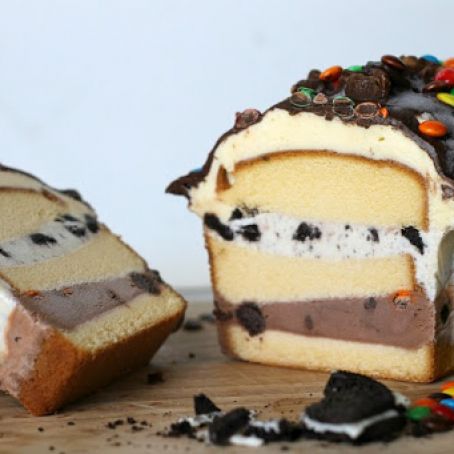 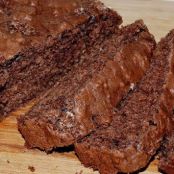 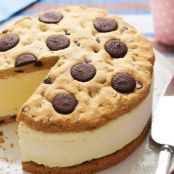 Slice the pound cake horizontally into 3 pieces. Place the first slice in a loaf tin lined with plastic wrap.
Cover the cake with the vanilla ice cream, followed by three-quarters of the chopped peanut butter cups. Add a second layer of cake and cover with the chocolate ice cream, followed by three-quarters of the chocolate candies. Place the last layer of cake on top, followed by the chocolate chip ice cream. Cover with the chocolate shell sauce, then the remaining peanut butter cups and chocolate candies. Let the sauce set for a few seconds, then fold over the plastic wrap and place in the freezer until frozen, about 4 hours.
When ready to serve, pull back the plastic wrap, gently lift the cake out and peel off the wrapping completely. Slice to serve.
(i would add a little chcolate ice cream sauce on each layer)