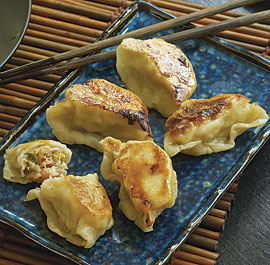 A savory pork, shrimp and salted cabbage filling, seasoned with ginger, garlic and scallions, is the most traditional filling for jiao zi. Butcher counters in Asian markets often offer several grinds of pork. For dumplings, use a coarser grind with more fat to ensure a tender, juicy filling. Hand-minced or ground beef or lamb, both typical in northern Chinese cooking, can be substituted for the ground pork and shrimp. 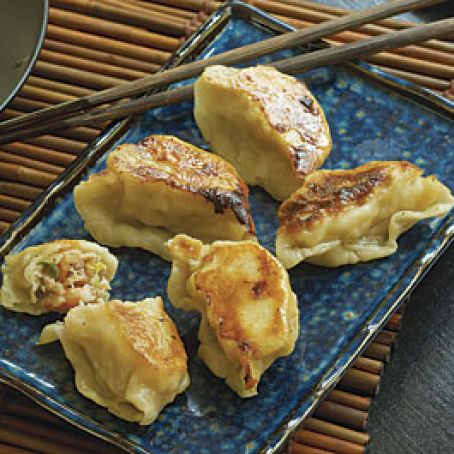 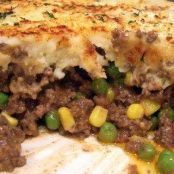 DOUGH:
Pour the flour into a mound on a clean work surface. Make a deep, wide well in the center and pour in 1/2 cup cold water. Stir with your fingers, staying in the center at first and being careful that the water doesn’t breach the wall. Little by little, using your hand and a bench knife, mix in flour from the sides until the dough starts to come together. (Alternatively, put the flour in a medium bowl. Make a well, add the water, and stir first with a spoon and then your hand.) If the dough remains in shreds, sprinkle in additional water, a teaspoon at a time, until it begins to stick together. Don’t add too much water or the dough will be difficult to work.

Knead the dough for 5 minutes to form a smooth, firm, elastic ball. (If you began the dough in a bowl, lightly dust a clean, dry surface with flour before kneading.) The dough should not be sticky and should bounce back when pressed with a fingertip. Divide in half with a bench knife and roll into two 6-inch logs. Sprinkle each log evenly with flour, cover with a clean kitchen towel, and let rest for at least 30 minutes at room temperature before rolling and filling.
Make the filling:

In a medium bowl, toss the cabbage with 2 tsp. salt and set aside for 30 minutes to shed moisture. Wring out in a clean kitchen towel to extract as much liquid as possible.

TIP:
If you have helpers, set up an assembly line and roll out each wrapper, then pass it along to the next person to fill. If you're filling all the dumplings yourself, it's best to roll out several wrappers, and keep them covered with a kitchen towel as you fill them, to prevent them from drying out.

Cut each log in half crosswise. Cut each half crosswise into thirds, and then slice each of those pieces into three even coins. You should have 36 pieces of equal size. Toss the pieces in flour to coat evenly and then cover with a clean towel so they don’t dry out.

Using a small rolling pin, roll a piece of dough into a thin 3-inch circle; with the dough in one hand and the pin in the other, roll from the edges toward the center as you rotate the dough. This rolling technique helps create a round with thin edges and a thicker center.

DUMPLINGS:
Spoon 1 to 2 teaspoons of the filling onto a dough circle, fold it in half, and then if you’re going to boil the dumplings, seal it by pinching along the curved edge. If you’re planning to pan-fry the dumplings for pot stickers, make your first pinch at the center of the curved edge and then pleat toward the center on both sides to create a rounded belly. This wider shape allows the dumplings to sit upright in the pan and form a flat surface for browning.

Repeat with the remaining wrappers and filling. As you work, arrange the filled dumplings in a single layer without touching on large plates, so they don’t stick together.

BOILED DUMPLINGS:
Bring a large (7- to 8-quart) pot of salted water to a boil. Working in 2 or 3 batches to avoid overcrowding, quickly add the dumplings one at a time, making sure they don’t stick to each other. Lower the heat to medium and continue to boil, gently stirring occasionally, until the dumplings float and are cooked through, 3 to 5 minutes. Remove with a slotted spoon and serve immediately with your choice of dipping sauce.

PAN-FRIED DUMPLINGS:
Heat 2 tablespoons vegetable oil in a heavy-duty 10- or 12-inch skillet over medium-high heat until shimmering. Working quickly and in batches if necessary (adding more oil for the second batch if needed), arrange the dumplings belly side down in concentric circles starting from the outer edge. Cook until golden brown on the bottom, 1 to 2 minutes. Pour in about 1/2 cup water or enough to come about a third of the way up the sides of the dumplings, bring to a boil, cover, and cook until all of the water has been absorbed, 2 to 3 minutes. Remove the lid, reduce the heat to medium, and continue cooking just until the dumplings are dry and crisp on the bottom, 1 to 2 minutes. Loosen the dumplings from the pan with a spatula. Invert the pan over a plate to flip the dumplings, browned side up, onto the plate (or transfer with a spatula). Serve immediately with your choice of dipping sauce. 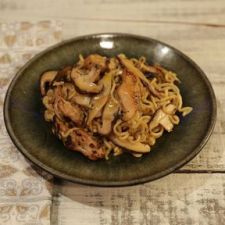