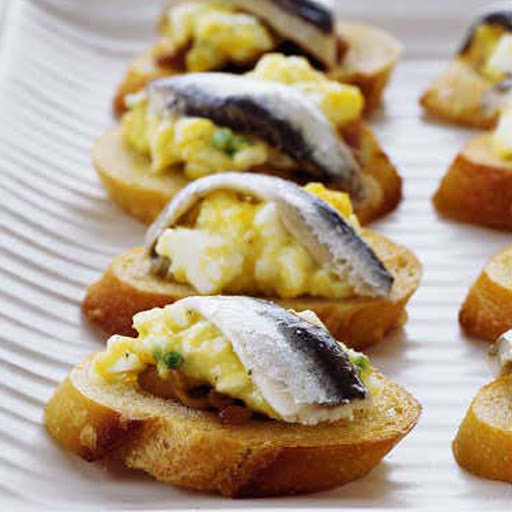 Crostini slices are topped with a thin slice of onion, egg salad and piece of white Anchovy. Makes an elegant tasty appetizer for your next get together. 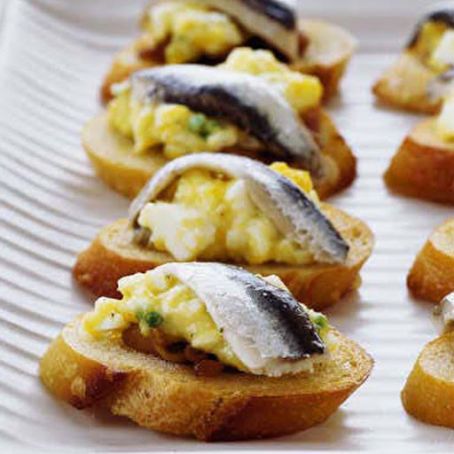 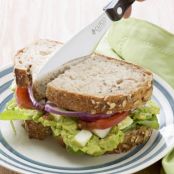 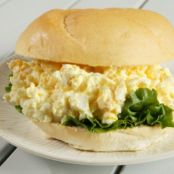 Heat 1 tablespoon of oil in a skillet. Add the onion; cook over moderately low heat, stirring occasionally until browned, 1 hour. Season with salt and pepper.

Preheat the oven to 300°F. Lightly brush both sides of the bread slices with olive oil and arrange on a large baking sheet. Bake the crostini for 5 minutes, or until crisp, but not golden. Immediately rub 1 side of each crostini with the garlic. Let cool on the baking sheet.

Meanwhile, prepare an ice water bath. Bring a small pot of water to a boil. Add the eggs and return to a boil, then boil for 7 minutes. Immerse the eggs in the ice water bath until completely cool, then peel and transfer to a medium bowl. Lightly mash the eggs with a large fork. Gently stir in the chives, vinegar and the remaining 1 tablespoon of olive oil. Season with salt and pepper.

To assemble, top each crostini with the onion, followed by the egg salad and a piece of anchovy. 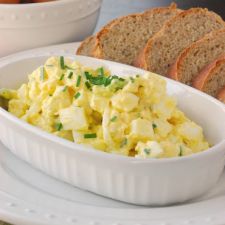