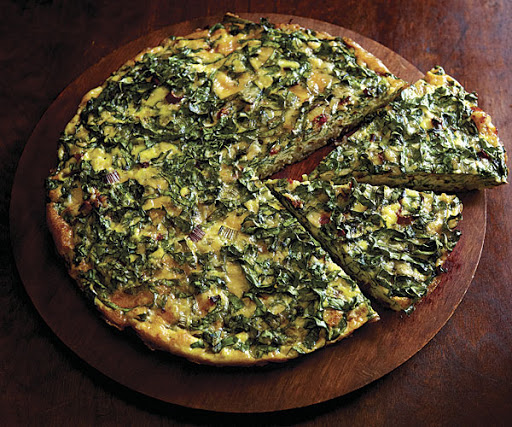 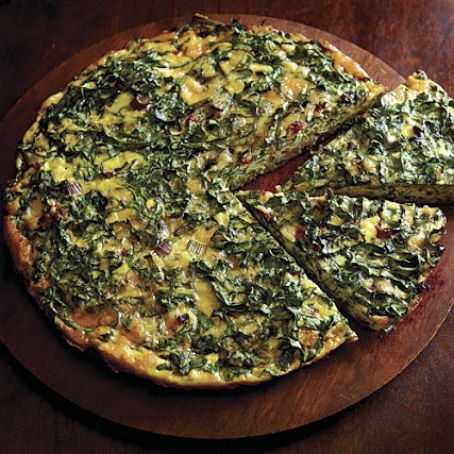 Position a rack in the center of the oven and heat the oven to 400°F. Separate the chard stems from the leaves and slice each 1/4 inch thick.

Heat the oil in a 12-inch oven-safe nonstick skillet over medium-high heat. Add the rosemary and cook, stirring, until aromatic, about 10 seconds. Add the chard stems, potatoes, onion, 3/4 tsp. salt, and 1/4 tsp. pepper and cook, stirring only occasionally, until browned in spots, about 7 minutes. Remove from the heat, stir in the garlic and red pepper flakes, and spread evenly in the skillet.

Lightly beat the eggs in a medium bowl. Mix in the chard leaves and cheese, and evenly pour over the potatoes. Transfer the skillet to the oven and bake until the frittata is set, 15 to 20 minutes. Let cool slightly before serving.
Variations

You can play with the basic recipe, substituting other ingredient combos for the chard, rosemary, and cheese. Try one of these or create your own:

Spinach, chorizo, and goat cheese.
Green beans, basil (add it with the eggs), and mozzarella.
Artichoke hearts, thyme, and pecorino. 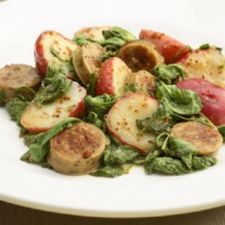