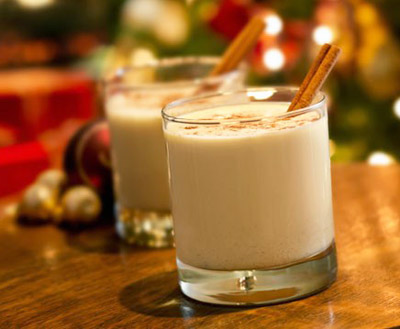 With homemade eggnog, people frequently have the concern of salmonella from consuming raw eggs. Just in case you still want to play it safe, we've included a version to pasteurize your homemade eggnog yourself so you can feel more confident it is safe. Also, if you add alcohol to your nog, it will kill any bacteria, which is what they had done for centuries in merry old England before pasteurization was ever thought of. Even if you make our recipe the old-fashioned way, you will cut the fat calories to 1/4 of what most eggnogs are without sacrificing taste one bit by using our ingredients. 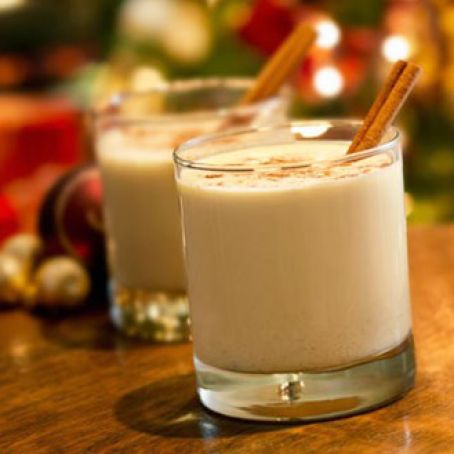 Avoid contact between the yolks or whites and the shell. It's the shell, not the inside of the egg, that may contain salmonella or other bacteria. If using farm eggs, wash them well before cracking them open. For recipes that call for eggs that are raw or undercooked when the dish is served, use eggs that have been treated to destroy salmonella, by pasteurization or another approved method.

Beat egg yolks until very thick and lemon-colored. Add 1/2 cup of the cane juice or agave and continue beating until sweetener starts to dissolve and mix in well. Add milk, flavoring and cream or half and half.  Beat egg whites in separate bowl until stiff. Gradually beat in remaining cane juice or agave while beating. Fold into other ingredients. Chill well and serve with a sprinkle of nutmeg on top.

Heat the milk and the cane juice or agave in a medium saucepan on medium heat until scalded, just until bubbles start to form around the edge of the pan but not boiling.

In a separate bowl, beat the eggs until foamy and light colored. Add half of the egg mix to the milk, mix well, then pour this mixture into the remaining eggs. This mixing procedure, called tempering, stops the eggs from actually being cooked, which you do not want. Continue to simmer on low heat for 10 minutes but make sure it does not boil.

Remove from heat, add the cream or half and half and your choice of rum or vanilla flavoring. Sprinkle with nutmeg and  chill in refrigerator. Will keep in the refrigerator for up to one week.

If you substitute the half-and-half for the heavy cream, you will cut the fat calories for this drink almost in half. If you use almond milk or soy rather than cow's milk, you can cut the fat down to about 1/4 of what most eggnogs are and never sacrifice anything in flavor. 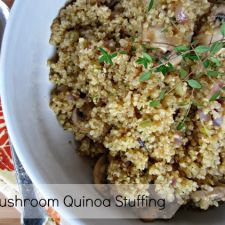