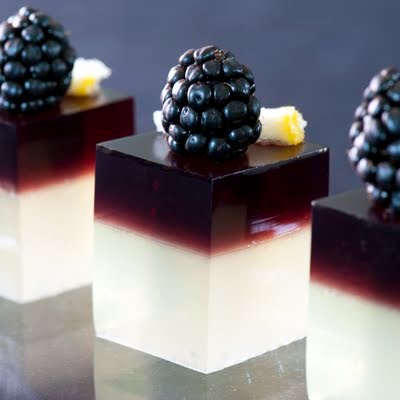 These impressive jello shots will keep everyone at the party smiling, creating some great memories! 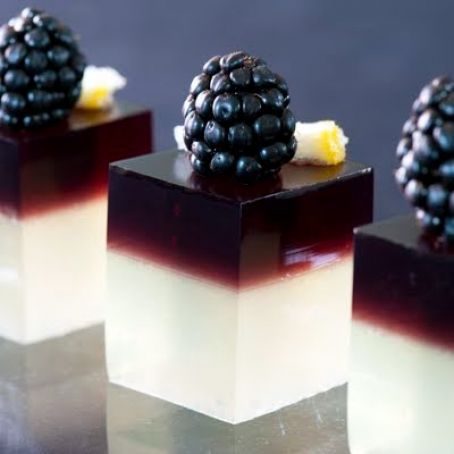 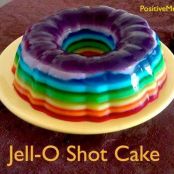 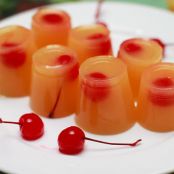 FLOAT:
In a small mixing bowl, sprinkle the Knox and the Jell-O into the hot water and stir until completely dissolved, 5 to 7 minutes.

Let sit for 5 minutes, then stir in the crème de mûre.

In a small, nonreactive baking dish or loaf pan, pour a few drops of cooking oil (grapeseed works well) and wipe out with a paper towel, coating the entire vessel with the barest layer. Pour blackberry float mixture in and set to chill in refrigerator for at least 2 hours and up to overnight, making certain it is level.

Juice enough lemons to give you 2/3 cup juice, keeping the hulls as you squeeze.

Roughly chop the squeezed hulls and put them in a coverable container along with the gin and the lemon juice. Leave at room temperature for at least 2 hours.

It’s a good idea to do this before starting the float, so that by the time that has firmed up, your infusion is ready to go.
When the float layer is firm, bloom the gelatin in the hot water by sprinkling it slowly while stirring, and continuing stirring until fully dissolved.

Add the sugar and stir until that is also fully dissolved.

Strain the gin mixture off from the lemon hulls through a fine sieve or chinoise and add it into the gelatin mixture, stirring well.

Over a spoon, so as not to gouge a divot in the float layer, pour the lemon sour mix onto the float layer and return to refrigerator, again checking for levelness.

When ready to serve, cut into squares, or use a cookie cutter for shapes, and pull up carefully, using a cake spatula to get under the float layer. Garnish with a blackberry and/or a thin wedge of candied lemon.
Or simply slurp. 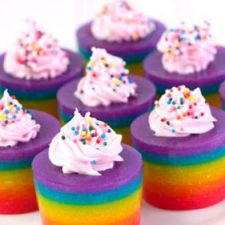