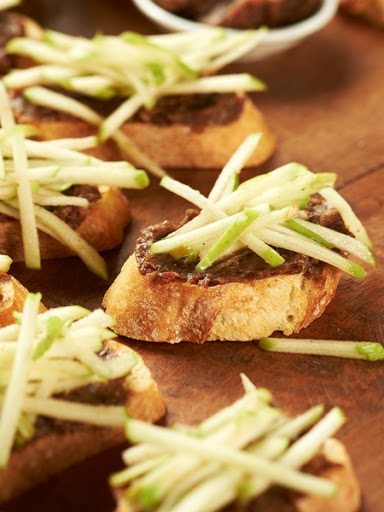 "Bacon is transformed into a heavenly jam in this recipe with the help of sweet, tangy ingredients. Guests will go nuts for this at your next gathering!"—David

Tip: Although Chinese five spice adds a special flavor to the Apple Slaw, feel free to play around with other spices you have at home. Dried thyme would lend an earthy element, and fresh ginger would add a nice bite. Experiment! 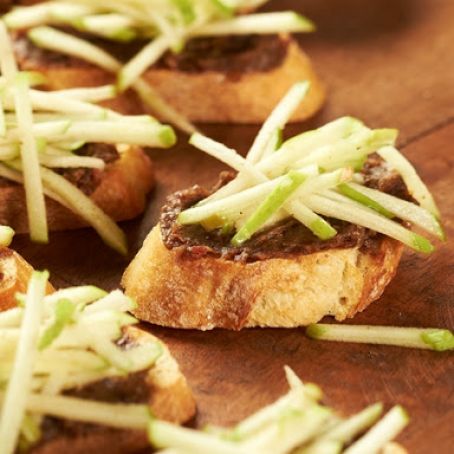 To make the bacon jam, cook the bacon in a medium-size skillet over medium heat until browned, about 20–25 minutes. Add the onions and cook until they’re translucent and slightly browned, about 10 minutes. Add the garlic and sauté for two more minutes. Spoon out 1/2–3/4 cup of bacon fat from the pan and discard. Add the brown sugar, maple syrup, balsamic vinegar, and coffee to the skillet. Bring the mixture to a simmer and reduce for about 10–15 minutes, until it becomes syrupy. Finally, stir in the Dijon mustard, salt, pepper, and sage. Remove the pan from the heat and bring to room temperature. Process the cooled mixture in a food processor until there are small chunks and it’s a spreadable consistency.

To make the apple slaw, toss all ingredients in a small bowl. Use immediately.

To prepare the bruschetta, spread about one tablespoon of the bacon jam on each slice of baguette. Top the bacon jam with a generous pinch of the apple slaw and serve. 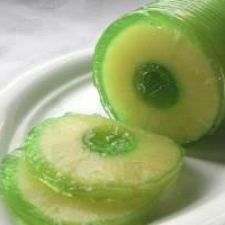