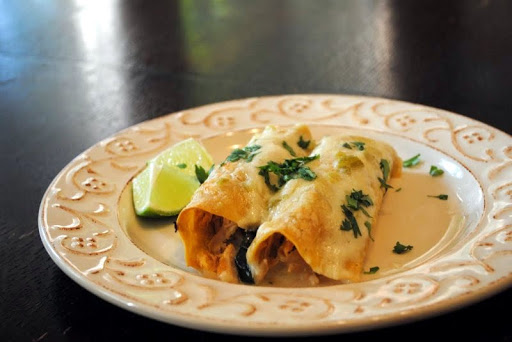 These take a little work but they are well worth it. You can use the filling for other things like tacos, quesadillas, sandwiches or top off some nachos with them. 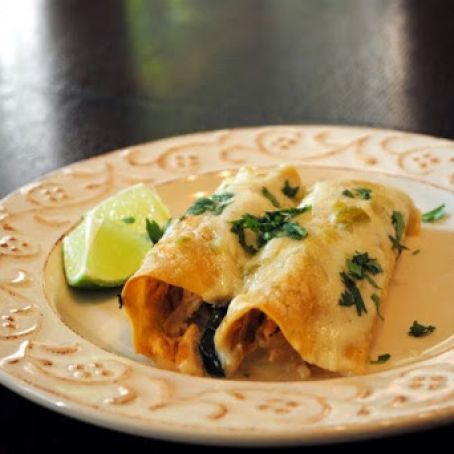 Make the filling first. You can do this the day before if you like (its better the second day anyway).

Cut the pork loin into 1-2 inch chunks.
Peel and rough chop the garlic. Rough chop 1 of the onions.
In a stock pot, heat the oil over medium-high heat. Add the pork to the pot and season with salt, pepper and adobo. Cook until there is no pink showing on the pork. To the stock pot, add the water, orange juice, garlic and onion. Stir. Bring to a full rolling boil then reduce the heat to medium so the liquid is still slowly bubbling. Cook until the liquid is just about gone, stirring occasionally.

While the pork is cooking, remove the stems and seeds from the Poblanos and cut length-wise into 1/4 wide strips. Cut the onion into quarters then slice into half moon shaped pieces.

When there is just a little liquid left toss in the poblanos and sliced onions. Start breaking up the pork chunks with your stirring spoon until is all shredded. Leave a few small chunks...they are great for a burst of flavor. Turn up the heat to medium high and cook (stirring often) until pork mixture starts to stick to the bottom of the pan and turn brown. The poblanos and onions should have cooked and softened by this time. Remove from heat.

The sauce is easy to make and you can whip it up in just a few minutes.

In a medium saucepan, melt the butter. Whisk in the flour and make a roux. Cook the roux until the flour smell is gone. About 5 minute, whisking continually.

Slowly whisk in the chicken broth. Bring to a boil, reduce the heat and whisk in the sour cream. Once the sour cream is incorporated add in the green chiles, black pepper and add the salt to taste. Simmer over low for 15 minutes.

Place 6 tortillas each in a Ziploc bag, seal it and microwave for 1 minute. This will steam the tortilla and leave them tender and not oily. Repeat this as needed. You dont want to do too many at once because they will cool and be difficult to work with.

On a large sheet pan/jelly roll pan with the pan sitting with the longer side facing away from you add a couple tablespoons of sauce to coat the bottom.
Take a tortilla, lay it in the sauce in the pan then flip it over so you have sauce on both sides. Fill the tortilla with the pork filling and a sprinkle of cheese. Roll it up and move to the end of the pan, seam side down. Put as much filling as you can but don't over stuff them or they will fall apart. You should be able to fit 2 rows of 11 enchiladas on the pan (2 enchiladas across the narrow length and 11 down the longer lenght).
Repeat this step until you fill up the pan. You should have enough room in the pan for 22 enchiladas. Keep spooning sauce into the pan as you need it. You want both sides of the tortillas to have at least some sauce. Warning...the tortillas will be excessively hot coming out of the Ziploc bags.

Top with the remaining cheese and bake at 400 degrees until the cheese on top is bubbling and starts to brown. Serve 2 enchiladas per person along with a wedge of lime and a sprinkle of cilantro on top. 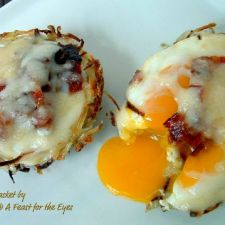