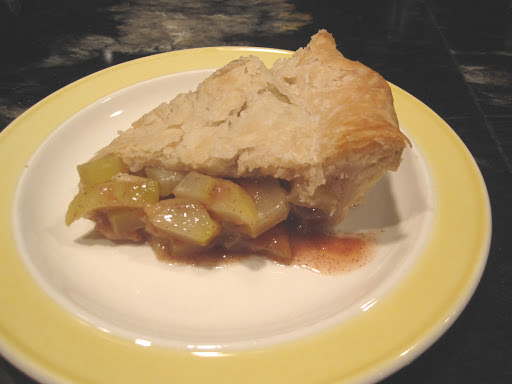 This pie is made with zucchini, but it tastes just like an apple pie. It has fooled the best of them! 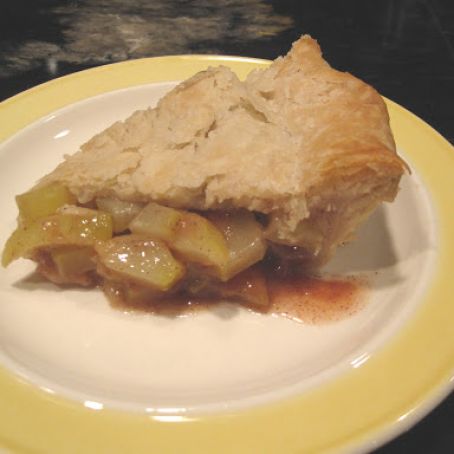 Use big zucchinis (meaty and approximately 18" long), but still tender enough that you can pierce the skin with your thumb nail. Peel and cut in quarters lengthwise, remove the seeds and slice crosswise approximately 1/4" thick.

Cook the zucchini in water until tender crisp (let drain in strainer to remove liquid). Sprinkle with lemon juice.

Mix sugar, salt, cinnamon, cream of tarter, nutmeg, flour (and cornstarch for 9" pie) in a bowl. Add the zucchini and mix well. It will be runny, but that's okay.

Dump the filling into a pie crust and dot with butter. Add the top crust and make slits to vent. Bake at 400 degrees for 40 minutes or until golden brown.

Let cool completely and serve. Store in the refrigerator. 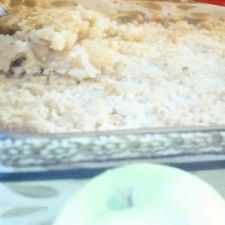