Chicken and Ham with Cheese Rolls 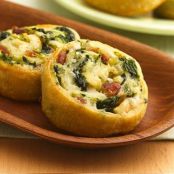 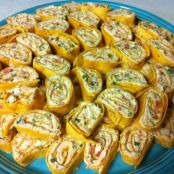 In a large plate place one piece of lumpia wrapper. Place on top 1 sheet of chicken followed by ham then the cheese strips. Roll lumpiawrapper halfway, fold both ends, now fully roll and wet the end of flap with water to seal. Repeat process with the rest and keep aside.

Dilute the flour with water just enough to form a sauce like batter. Frying:Heat generous amount of oil in a wok. Now dip each roll in the wrapping batter then roll in the bowl of breadcrumbs until evenly coated. Deep fry at medium to low heat for 2-3 minutes or until it turns to golden brown.

To make the roux heat butter in a pan until it start to smoke, stir in the cornstarch until it forms into a lump. In a separate sauce pan heat the milk until it start to boil. Add in the roux and simmer for 1 to 2 minutes stirring occasionally until sauce thickens. Season with salt and white pepper to taste. 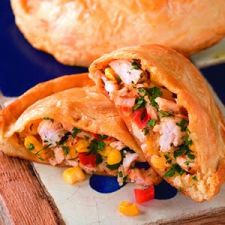