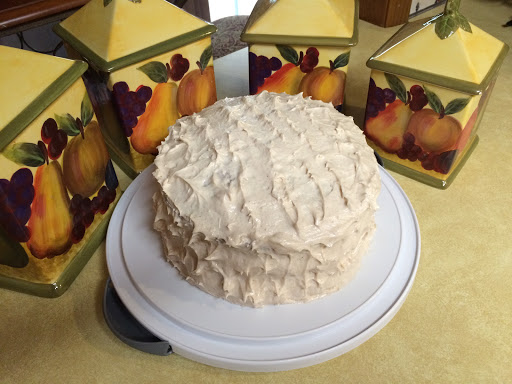 This pumpkin cake with cream cheese frosting is light and fluffy, yet dense and moist. 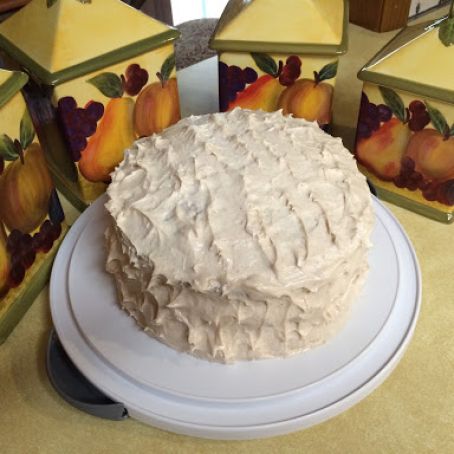 Preheat oven to 350˚F. Butter 3 9-inch round cake pans and line bottoms with a round of parchment paper.

In a mixing bowl whisk together flour, baking powder, baking soda, salt, cinnamon, nutmeg and ginger until well blended, set aside. Use an electric stand mixer fitted with the paddle attachment, whip together butter, granulated sugar, brown sugar and 5 Tbsp of the vegetable oil until fluffy. Scrape down sides and bottom of bowl throughout mixing process. Mix in remaining vegetable oil. Blend in eggs one at a time, adding in vanilla with last egg. In a bowl or large liquid measuring cup, whisk together pumpkin with milk. Working in three separate batches, add 1/3 of the flour mixture alternating with half of the pumpkin mixture and mixing just until combined after each addition.

Divide batter among three prepared cake pans and spread batter into an even layer. Bake in preheated oven until toothpick inserted into center of cake comes out clean, about 30 - 35 minutes. Cool in cake pans 15 minutes, then run a knife around edge of cake to loosen and invert onto wire racks to cool completely.

FROSTING:
Using an electric stand mixer fitted with the paddle attachment, whip together cream cheese and butter until smooth and fluffy. Add cinnamon, vanilla and powdered sugar and mix on low speed until combined, then increase to medium and whip until fluffy. If frosting is too loose, you can refrigerate until it is stiff enough to spread easily. 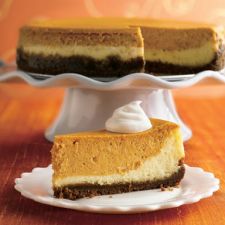