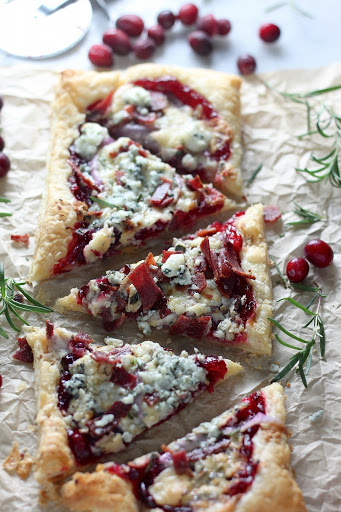 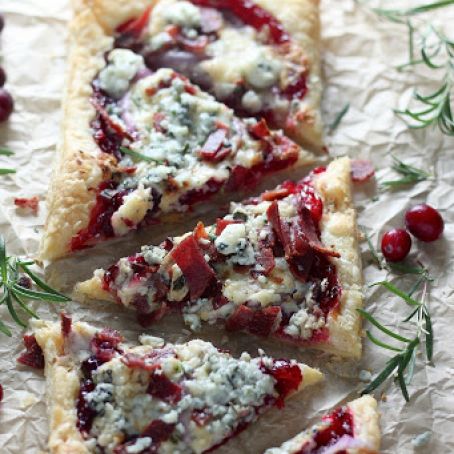 *Thaw the puffed pastry on the counter for at least 30 minutes.
Preheat oven to 425 degrees (F).

Once thawed, carefully open the sheets of pastry. Using a sharp knife slice them in half, straight down the middle.

Place the pastry on a large baking sheet lined with parchment or a silicon baking mat; set aside.

Fry bacon in a large skillet over medium heat until cooked through but not crispy (the bacon will crisp up in the oven). Once cooked chop bacon into small pieces; set aside.

Lightly brush the olive oil over the top of each pastry piece.

Spread 1/3 cup of cranberry sauce down the middle of each pastry (more or less to suit your taste) then add the bacon, cheese, and red onion (dividing the toppings evenly among the pastry pizzas).

Pop the pan in the oven and bake for 15 minutes, or until the pastry is golden brown and the cheese is melted. Sprinkle hot from the oven pizzas with rosemary (just about 1/2 teaspoon per pizza).

Allow pizzas to rest 5 minutes before cutting and serving