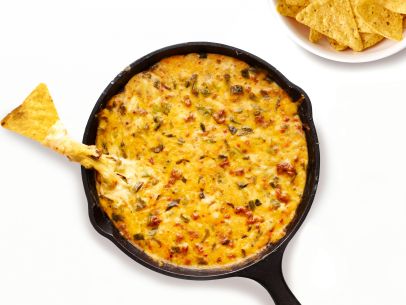 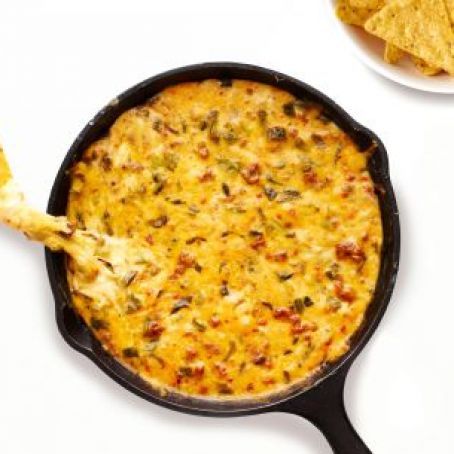 Preheat the broiler. Put the poblanos on a broiler pan and broil, turning occasionally, until charred all over, about 10 minutes. Transfer to a bowl, cover with a plate and let steam until cool enough to handle, about 10 minutes. Scrape off the charred skin with a paring knife and remove the stems and seeds; chop the peppers and set aside.

Add the lager and bring to a boil; cook until thickened, about 1 minute. Add the cheese, a handful at a time, stirring until melted before adding more. Transfer the skillet to the broiler and broil until browned and bubbling, 1 to 2 minutes. Serve with chips. 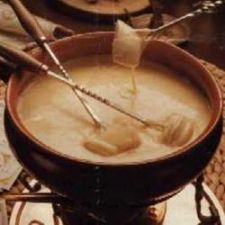