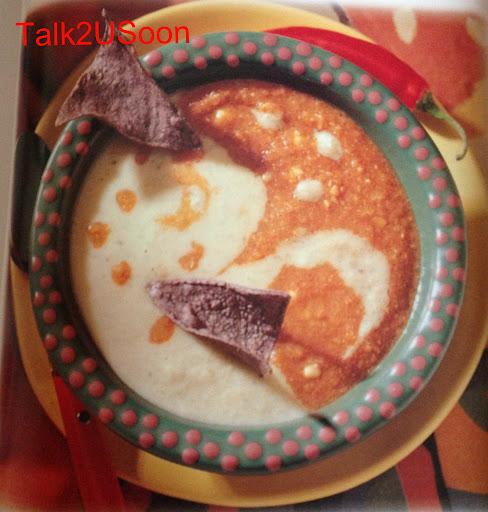 Chicago's California Pizza Kitchen's recipe (shown in photograph as their "Two in a bowl" offering.
I've posted the recipe for their Sedona White Corn Tortilla soup as well. 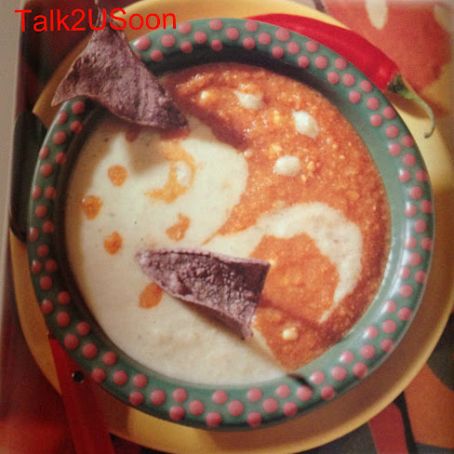 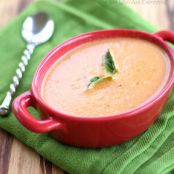 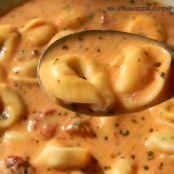 Place half the leeks and all the potatoes, water, salt, herbs and spices in a 3 quart pot over medium heat. While the potatoes are cooking, cook the remaining leeks in olive oil in a separate pan over medium heat for 10 to 15 minutes, stirring frequently. Add soy sauce to leeks after they carmelize; they should not be crispy or black. Continue cooking, gently, until the leeks are a uniform caramel color.

Add the stock to the leek pan and carefully pour leeks and stock into the potato pot. Use a rubber spatula to recover all pan drippings and add them to the potatoes.

When the potatoes are soft and crumbly, remove the pot from the burner; remove and discard bay leaf and process the soup to a coarse puree. Return the soup to the pot, whisk in cream and half-and-half. Bring the soup to a gentle boil and remove from heat.

Soup may be served at once, garnished with chopped scallion greens or olive; or may be thoroughly chilled and served as vichyssoise. 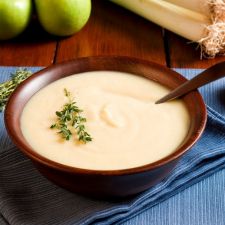