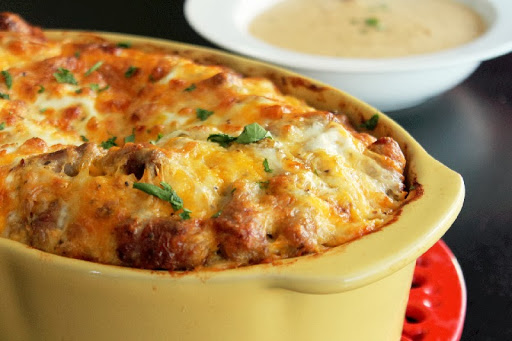 Looking for a great start to a great day? Try this delicious breakfast casserole made with eggs, biscuits and sausage gravy. It's also the perfect breakfast after Thanksgiving, allowing you to use up any leftover sausage gravy instead of having to make it from scratch! 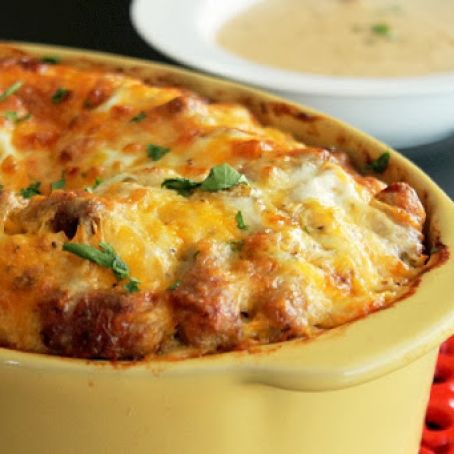 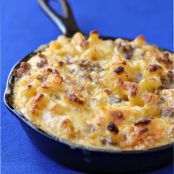 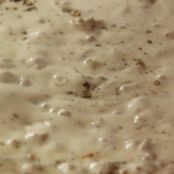 For the gravy, brown sausage in a large skillet, breaking up and crumbling the meat as it cooks. Once the meat is fully browned, stir in the 2 tablespoons of butter until melted. Sprinkle the flour on top of the meat a little at a time until incorporated. Cook, over medium heat, stirring often, for 5 minutes. Slowly begin stirring in the milk until fully incorporated and mixture begins to bubble and thicken. Add additional milk a little bit at a time, only if the gravy is too thick. Remove from the heat and grind plenty of pepper directly into the gravy. Taste, add salt and adjust for seasonings.

Prepare biscuits while the sausage is cooking, cut cold butter into the flour until you have crumbles. Add the buttermilk and stir with a fork until a shaggy mixture forms. Turn out onto a floured surface and quickly gather mixture to form a dough. Fold over and pat down, turning and repeating this three times. Quickly pat thin and cut out 8 biscuits, gathering dough scraps for the final few. Cut each biscuit into quarters and scatter in the buttered dish.

Top the biscuits with the shredded cheese. Whisk the eggs with 1/4 cup of milk; season lightly with salt and pepper and pour all over the top of the biscuits. Pour the sausage gravy evenly over the top. 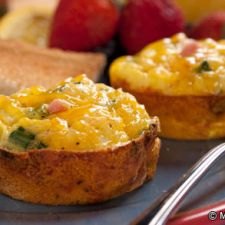