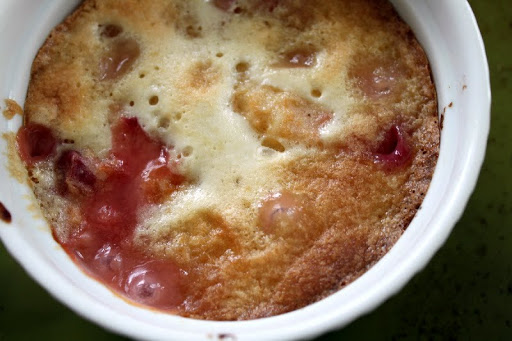 Peaches & Cream Crustless Pie (or crust, if you wish!)

In the June 2011 issue of Cook's Country, there's a recipe for Peaches & Cream Pie. In the style of America's Test Kitchen, it was discovered that by roasting fresh peaches, and pre-baking a pie crust, the pie crust would not become soggy. The "cream" portion of the pie is a mixture of flour, sugar, heavy cream and eggs, with some extra egg yolk for richness. The pie turned out great-- except that I had extra peaches and filling leftover. On a whim, I make a crustless pie in two ramekins. While the pie was delicious, I LOVED the ramekins of baked peaches and the cream filling. Either way, crust or not crust, I think that Cook's Country created a delicious recipe. I kicked things up a couple more notches, by making a Creme Anglaise and a Raspberry Coulis sauce. Wow! If you love pie crusts (which I don't), I've included full recipe. Otherwise, skip the crust part and bake this "pie" in ramekins. 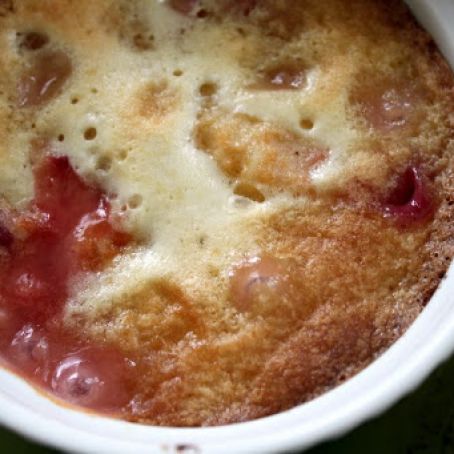 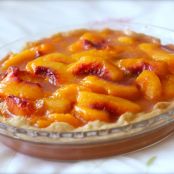 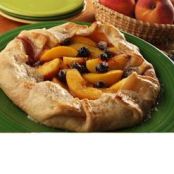 2. Place peach halves cut side up on aluminum foil-lined rimmed baking sheet and sprinkle with 2 tablespoons sugar. Bake peaches on upper-middle rack until softened and juice is released, about 30 minutes, flipping halfway through baking.

3. Place crust on lower-middle rack and bake until edges are lightly browned, about 15 minutes. Remove crust from oven and carefully remove foil and weights. Continue to bake until bottom of crust is light brown and peaches are caramelized, about 5 minutes. Cool crust and peaches for 15 minutes. 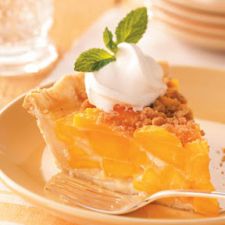