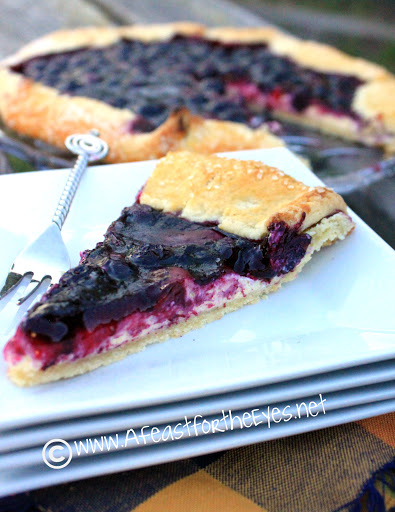 I made this blueberry sauce to spoon over homemade pancakes, and had two cups left over. I was inspired to bake something with it, and then I began to think of blueberry and cream cheese! How good would that be? I love making Galettes, because they are a little less labor intensive than making two-crust pies. I made the dough in the morning, then rolled it out a few hours later. I mixed a cream cheese filling, spread it over the rolled out dough and then covered it with the leftover filling. I was concerned that the blueberry sauce might not set up, but my worries weren't necessary. Once cooled, this galette was served warm, with some optional vanilla ice cream on the side. My guests went in for seconds, didn't need the ice cream and it was gone in a flash. I quickly wrote down the recipe so I could make this again. (Dough recipe from Food Network) 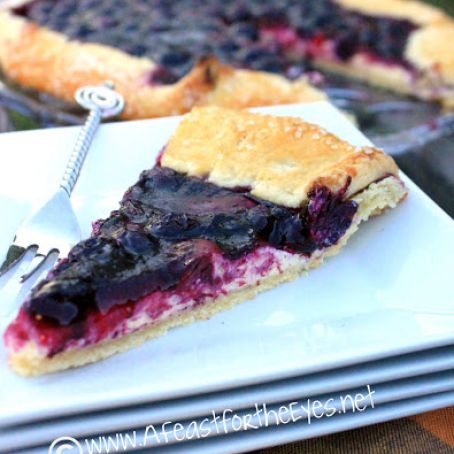 Note: To prevent lumps, I prefer to whisk together the sugar and Instant ClearJel (or cornstarch) until well blended.

Combine the water, sugar, and cornstarch in a medium saucepan and boil, stirring occasionally, until translucent and thickened. Stir in the blueberries and simmer 4 to 5 minutes. Stir in the zest and lemon juice and cool.

Pulse the flour, granulated sugar, vinegar and salt in a food processor until combined.

Add the butter and pulse until the mixture looks like coarse meal with pea-size pieces of butter.

Whisk the egg with 2 tablespoons water; add to the food processor and pulse until a dough just starts to form.

Turn out onto a piece of plastic wrap; shape into a disk, wrap tightly and refrigerate until firm, at least 1 hour.

Mist a baking sheet with cooking spray. Note: I prefer to use parchment paper.

Whisk the cream cheese, egg yolk, granulated sugar, and the vanilla in a separate bowl.

Fold the edge of the dough over the filling.

Brush the crust with the beaten egg and sprinkle with coarse sugar.

Put the galette, with the parchment paper, directly on the baking sheet in the oven. Bake until the crust is golden, 20 to 25 minutes. Let cool slightly before slicing. 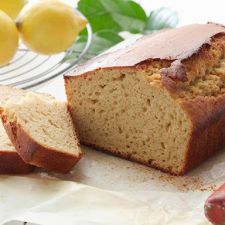