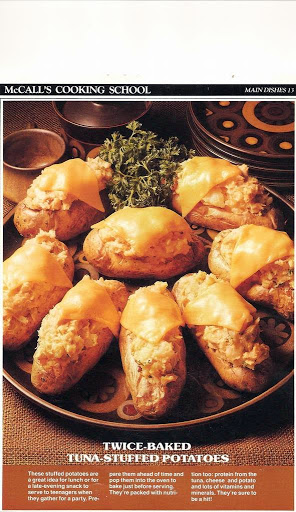 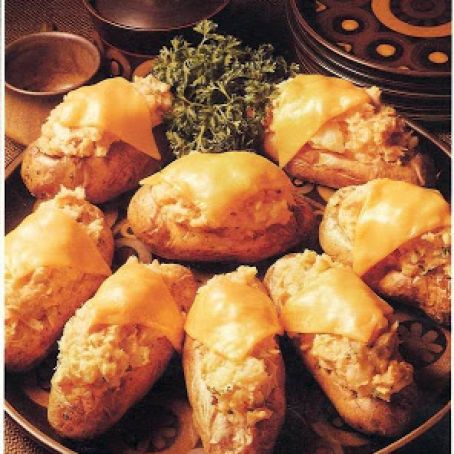 Preheat oven to 400. Prick skins several time with the tines of a fork. Place potatoes in center rack in oven and bake for 1 hour. Remove from oven.
While potatoes bake drain tuna and put into a bowl. Add onion, parsley, Cheddar cheese soup, paprika. Toss with a fork till mixed. Split potatoes in half. Scoop out inside and add to tuna mixture in bowl. Toss potato and tuna mixture, breaking up potatoes with edge of spoon. Spoon tuna-potato mixture back into the potato shells. Place cheese half on top of stuffed potato. Place on a shallow baking dish. Bake 15 minutes .