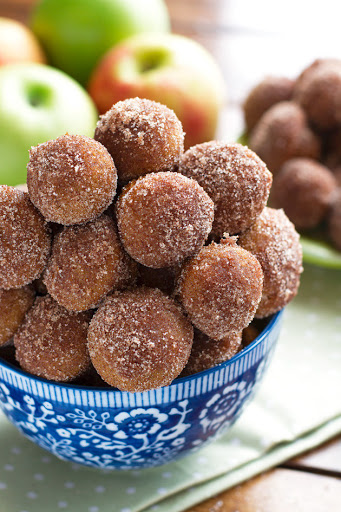 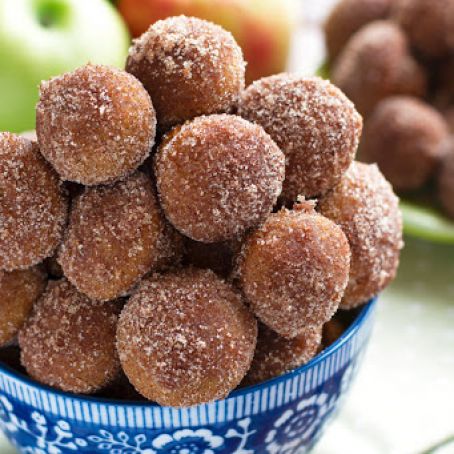 For the baked apple cider donut holes:
Start by simmering the apple cider with the 2 cloves in a small saucepan over medium heat for 15-20 minutes until the apple cider reduces down to ½ cup. Remove the cloves from the concentrate and pour the apple cider into a container and refrigerate while you prepare the donut batter.
Position a rack in the center of the oven and preheat the oven to 350 degrees F. Spray a mini muffin pan, a super mini muffin pan or a donut pan with non-stick cooking spray and set aside.
In a large bowl, toss together the flour, baking powder, baking soda, cinnamon and salt, set aside. In a medium bowl, combine the egg, melted butter, and brown sugar, whisk until smooth. Then, add in the apple sauce, vanilla, buttermilk, and the apple cider concentrate.
Add the wet ingredients to the dry ingredients and whisk until just combined. Its okay if a few small lumps remain.
Pour the batter by the teaspoon into the prepared muffin pans about ¾s of the way full. Make sure to not overfill. Bake the donut holes for 9-11 minutes. Super mini donut holes take between 8-11 minutes. If making donuts, they will take about 9-12 minutes.
For the cinnamon sugar coating:
In a medium bowl, combine the sugar and cinnamon together. Dip the tops of each donut hole into the melted butter then coat with the cinnamon sugar mixture. Repeat with all the donut holes (donuts). Depending on how long you dip the donuts into the butter, you may need more butter and/or more cinnamon sugar.


Donuts taste best the same day but can be stored up to 2 days if tightly wrapped and kept at room temperature. 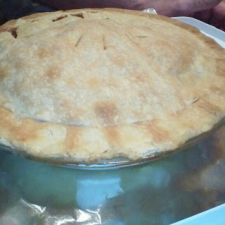