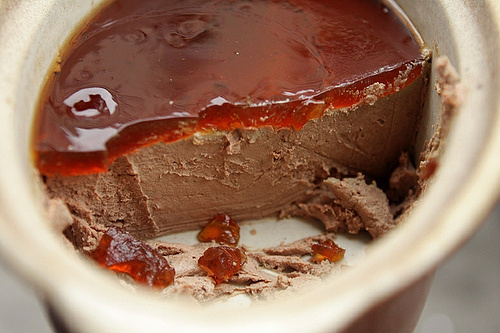 The jelly was something I added, because once I spread the pureed pâté mixture in my covered mold, I thought it would make a nice presentation. People get weird about things that are jellied, so it’s optional. But, if you decide to make it, you can use a ruby port, like I did, or marsala, sherry, or even a sweet dessert wine, like sauternes, late harvest riesling or muscat. If you don’t have chicken fat, or schmaltz, or duck fat, use melted butter for sautéeing the onions, cooking them until wilted. They will not caramelize the same way as they will with chicken or duck fat. And replace the melted chicken or duck fat used when pureeing the livers with softened butter. 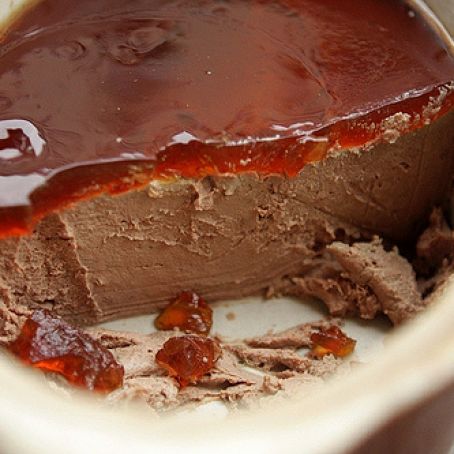 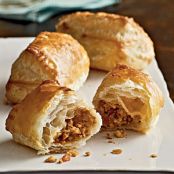 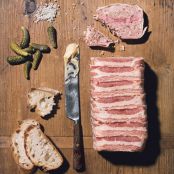 In a large skillet cook the onions with 1/4 cup of the chicken or duck fat, stirring frequently, until they are browned and beginning to caramelize. It will take 10 to 15 minutes. Once browned, scrape them onto a paper towel-lined plate and let them drain.

Add the chicken livers to the pan and season with the salt and pepper. Cook the livers, stirring often, until they are just-cooked through but still pink inside. Remove from heat.

In a food processor, pulse the hard-boiled eggs a few times, then add the cooked livers, scraping in any pan juices, vinegar, liquor, cayenne, the fried onions, and the remaining 1/2 cup melted chicken or duck fat, then purée until smooth. Taste, and adjust the seasoning with salt and pepper.

If you want it very smooth, you can press the mixture through a wide mesh sieve. I didn’t do that as I didn’t want to lose any of those little caramelized bits of onion.

Scrape the mixture into a pâté mold or decorative bowl, and chill a few hours, until firm.

To make the jelly, put the water and 2 tablespoons of the port in a small bowl and sprinkle the gelatin over it. Let sit 5 minutes.

TO SERVE:
The pâté can be served with a shallot marmalade, or just sprinkled with sea salt on crackers or toast. A treat is a sandwich made with this liver spread and cream cheese, smeared between two slices of Jewish rye bread.

STORAGE:
The pâté will keep for up to 3 to 4 days in the refrigerator. It can also be frozen for up to 2 months. 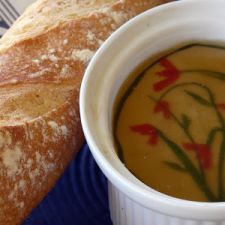