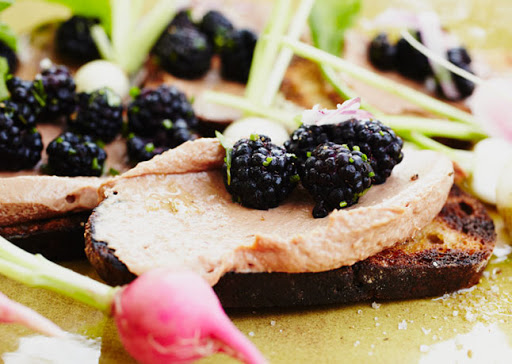 Chicken Liver Pâté & Blackberry Crostini is an excellent way to start any dinner party or celebratory gathering with family and friends. Grilling the chicken livers adds a great flavor to the pâté and increases the overall savoriness of this dish. The contrast of the fresh blueberries, the fragrant herbs, and the smooth pâté comes together to make a unique and scrumptious appetizer. 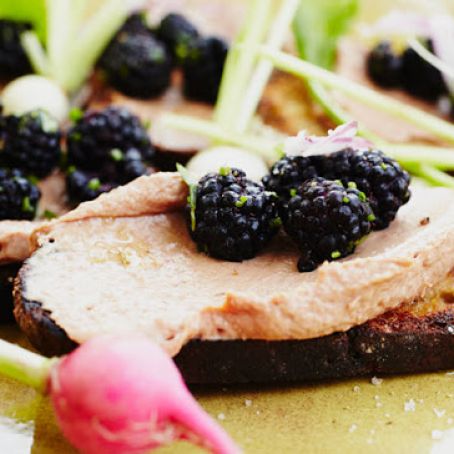 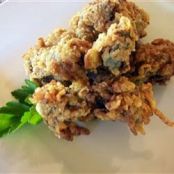 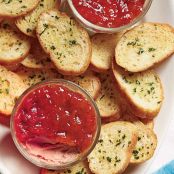 Combine livers and enough milk in a medium bowl so livers are submerged. Chill and soak to mellow their flavor for at least 1 hour or covered, overnight.

Build a medium-hot fire in a charcoal grill, or heat a gas grill to high. Place a wire rack on top of grill grate. Rub livers with oil; season with salt and pepper. Grill livers on a wire rack, turning occasionally, until nicely charred but still rosy inside, about 3 minutes. Transfer to a food processor.

For a smoother pâté, press liver mixture through a fine-mesh sieve into a medium bowl. Pack into a 1 1/2-cup jar or small bowl. Cover with waxed paper and chill overnight.

DO AHEAD:
Pâté can be made 3 days ahead. Keep chilled.

Build a medium-hot fire in a charcoal grill, or heat a gas grill to high. Brush bread with oil; season with salt and pepper. Grill bread until golden brown on both sides, about 1 minute per side. Cut crostini in half on a diagonal.

Spread each warm crostini with pâté, then garnish with some Blackberry Salad and sliced radishes.

BLACKBERRY SALAD:
Mix oil, herbs and lemon juice into a small bowl. Season to taste with salt and pepper. Gently fold in the blackberries just before serving. The vinaigrette can be made 1 day ahead. 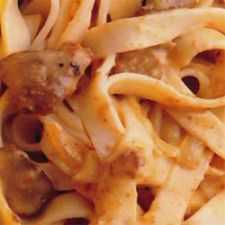