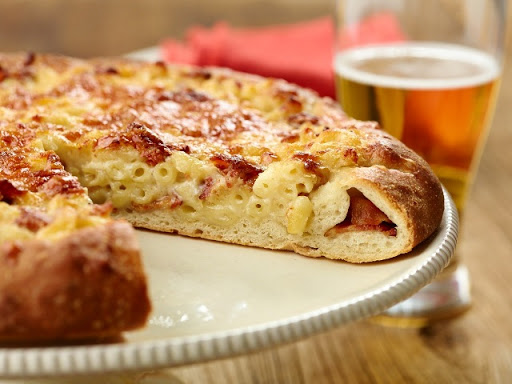 The inspiration for this recipe came from our college days…what brought the ITKWD team comfort during mid-terms and finals? Mac and cheese, bacon, and pizza.


Tip: To save time, cook the bacon and make the macaroni and cheese a day ahead. 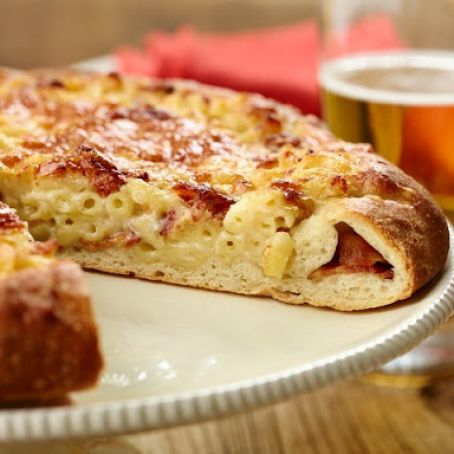 Preheat the oven to 400°F. Lay out the bacon slices in a single layer on a baking sheet. Cook the bacon until crisp, but still slightly underdone. Remove the bacon from the baking sheet and drain it on a paper towel-lined plate. Reserve the bacon fat for later use.

Increase the oven temperature to 450°F. Set aside 6 whole slices of bacon and chop the remaining bacon. Add the flour and 1-1/2 Tbsp of bacon fat to a medium-size saucepan. Cook, while stirring, on medium heat for 30 seconds. Add the milk and bring to a simmer, stirring constantly. When the sauce begins to simmer, remove the pan from the heat and add 2 cups of the shredded cheese, mustard, salt, and pepper. Stir until all of the cheese has melted, returning the pan to the heat, if needed. Add the chopped bacon and the cooked macaroni to the cheese sauce and stir to combine. Set aside.

Spray a 12" pizza pan with cooking spray. Spread the pizza dough out on the pan so there is about an 1-1/2" hanging over the diameter. Cut the whole slices of bacon in half widthwise and lay it out creating a circle about 1" from the edge of the crust. Stuff the bacon into the crust by folding the dough over the bacon creating a 1/2" raised edge. Pinch the dough to seal the edge on the inside. Brush the crust with the reserved bacon fat. Spread 1 cup of cheese over the pizza. Spread the bacon mac and cheese near the edge of the dough. Top with the remaining cheese.

Bake for 20 minutes. After 20 minutes, remove the pizza from the pan with a large spatula and put the pie directly on the oven rack. Bake for an additional 10 minutes. Slide the pizza back onto the pan and remove it from oven. Let the pizza cool for at least 5 minutes before slicing. 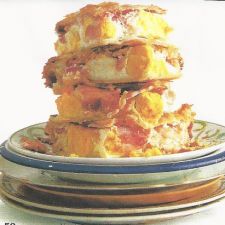