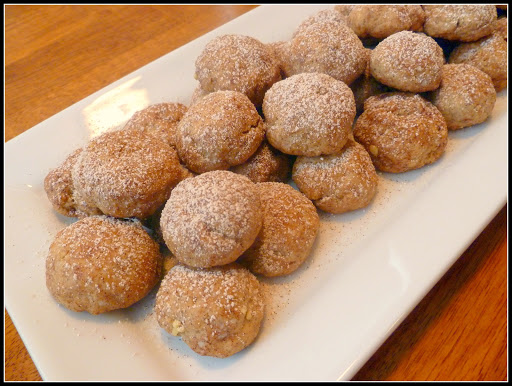 These cinnamon sugar cookies are flavored with the mild sweetness of canela, Mexican cinnamon. Nothing beats cookies made from scratch, and warm from the oven. 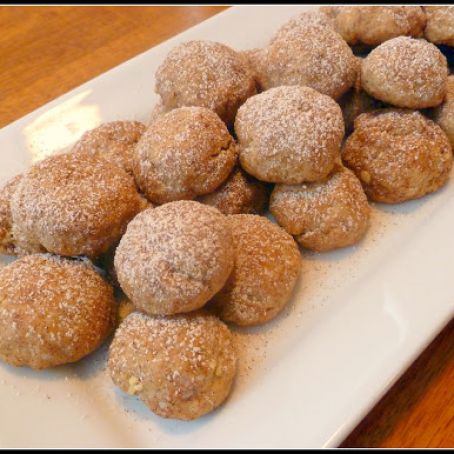 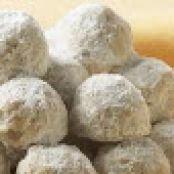 Sift or stir together in a bowl the flour, salt, baking powder and cinnamon (or anise seed), and set aside.

In a medium bowl beat the vegetable shortening or lard with a mixer until light. Slowly beat in the 3/4 cup sugar until light. Beat in the egg and 1 tablespoon brandy or milk, mixing until light and fluffy. Slowly beat in the flour mixture. If it becomes too stiff to mix, stir in 1 tablespoon more brandy or milk until dough holds together and is semi-firm and can be shaped into logs. If it is too stiff, the logs will not hold together. If too soft, the logs will not hold their shape.

In a small bowl stir together the cinnamon sugar mixture and set aside.

On a lightly floured surface or pastry board knead the dough briefly until it holds together without cracking or breaking apart. Divide the dough into 2 equal parts. Return 1 part to the bowl.

On the lightly floured surface shape the other piece of dough into a log, and with the palms of the hands roll it back and forth until it is about 12-inches long. With a sharp knife cut the log into fourths, then cut each fourth into 5 slices. Roll each slice in cinnamon sugar mixture and place on an ungreased cookie sheet. Place slices about 1 1/2-inch to 2-inches apart.

Place cookie sheet in a preheated 350°F oven, and bake until done, about 9 to 10 minutes. Cookies should not be over baked or browned. Remove from oven, and while cookies are still warm, roll each cookie again in the cinnamon sugar and place on a wire rack to cool.

Repeat the above process for the other piece of dough. You can probably do this while the first cookie sheet is baking.

After all cookies have cooled, store them in a covered container or in a zip-lock bag.

CINNAMON NOTE: This is the mild Mexican cinnamon, canela. It you use a strong flavored variety, i.e. Vietnamese cinnamon, decrease the amount, or the flavor could be overwhelming. 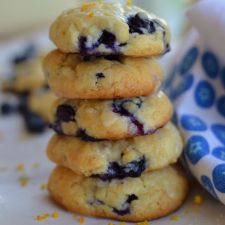