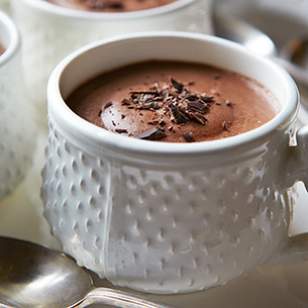 This healthy chocolate mousse is perfect for a special occasion but easy enough for a weeknight. For a pretty garnish serve with a few raspberries or chocolate shavings. 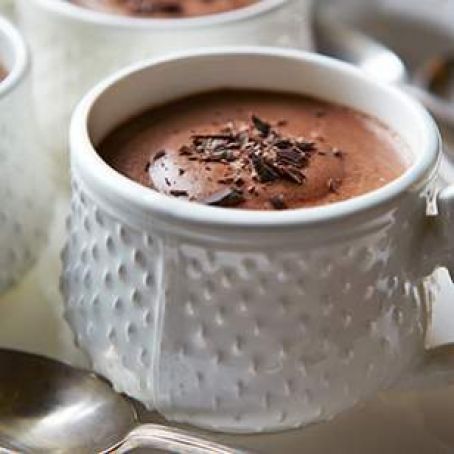 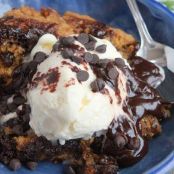 Heaven In A Crockpot

Heat water in a medium saucepan over medium-low heat until barely simmering.

Combine 2 egg yolks, 2 tablespoons sugar, Chambord, milk and salt in a heatproof bowl large enough to fit over the saucepan. (Save remaining yolks for another use.) Set the bowl over the barely simmering water and whisk constantly until the sugar dissolves, about 2 minutes. Remove the bowl from the heat and stir in chocolate.

Whisk one-fourth of the egg whites into the chocolate mixture until smooth. With a rubber spatula, gently fold in the remaining egg whites just until incorporated. Spoon the mousse into 6 dessert dishes. Refrigerate until set, at least 2 hours. Garnish with chocolate shavings, if desired.

Make Ahead Tip: Cover and refrigerate for up to 2 days.

Tips: Place chopped chocolate in a bowl and microwave on Medium for 45 seconds. Stir; continue microwaving on Medium, stirring every 20 seconds, until almost melted. Continue stirring until completely melted. Or place in the top of a double boiler over hot, but not boiling, water. Stir until melted.

When egg whites are beaten to “soft” peaks, the whites will still be soft enough to curl over when a beater is turned upside down. The whites are considered “stiff” peaks when they remain stiff and upright. 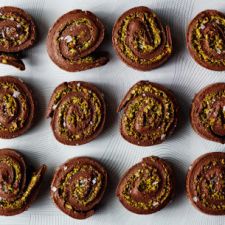