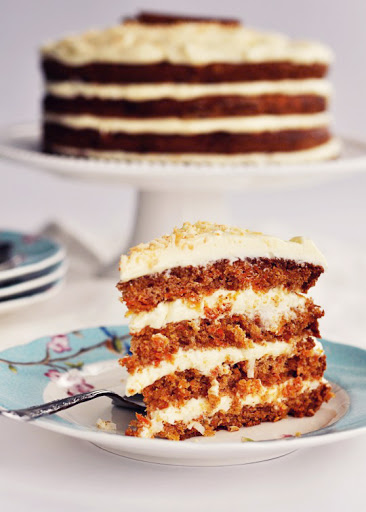 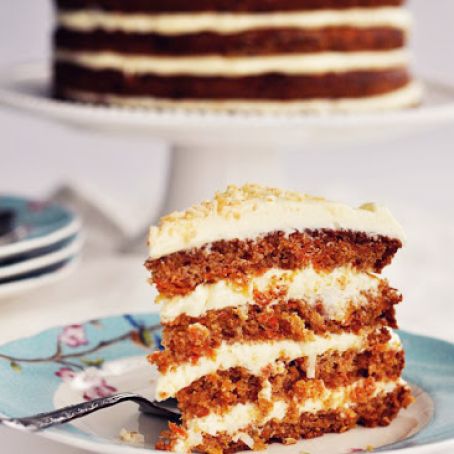 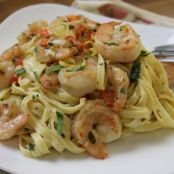 Finely chop drained pineapple, place in a sieve and press with a spoon to remove as much juice as possible. Grate carrots using a food processor. Measure out 4 cups and set aside.

In the bowl of an electric mixer fitted with the paddle attachment, beat butter on medium speed until creamy. Gradually beat in sugar, then beat on medium for about 5 minutes. Beat in eggs, then vanilla.

Beating on low speed, add about a third of flour mixture and beat just until mixed, followed by half the milk. Repeat additions, ending with flour. Batter will be very thick. Gradually mix in pineapple and carrots.
Divide between prepared pans and smooth with a small offset spatula.

To remove air pockets, bang pans on counter 5 to 6 times.

Bake until centers seem set when lightly tapped, about 40 to 45 minutes.

Place on a baking rack to cool. After about 15 minutes, turn cakes out of pans and cool completely on racks. It’s best to bake cakes a day ahead of icing and leave at room temperature overnight.

Cut cream cheese into chunks. Place butter in a bowl and beat with an electric mixer until creamy. Beat in sour cream and vanilla. Reduce speed to low and beat in cream cheese, piece by piece. Beating too much will cause thinning. Add about a third of the icing sugar and beat on low until just mixed in. Scrape sides of bowl and beaters occasionally.

Gradually add remaining sugar, beating just until smooth. If too thick or thin, work in a little sour cream or sugar. Remove about a quarter of the icing to be used on top cake layer and set aside. Stir coconut into the remaining icing.

Assembly of the Hawaiian Carrot Cake:

Slice cakes horizontally in half. Place top of 1 cake, dome-side down, on a platter. Spread with a third of the coconut icing leaving a narrow border of cake around edge.

Top with the final layer, cut-side down. Spread with plain icing right to the edges. Garnish with toasted, fresh coconut. Best to refrigerate several hours or overnight before serving. 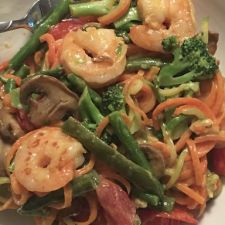