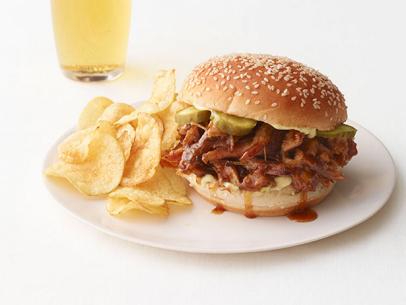 The andouille sausage adds a nice spicy kick to this pulled pork recipe. I'll definitely be making this again! 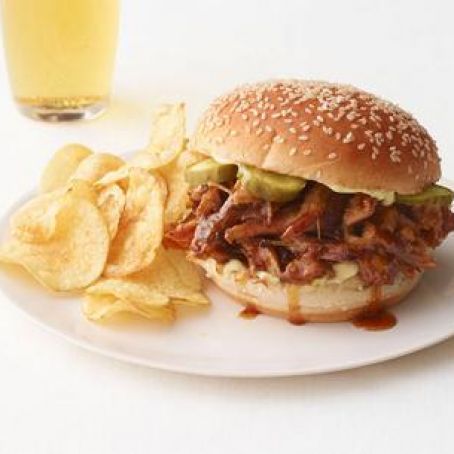 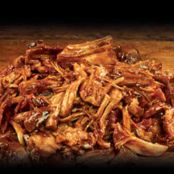 BBQ Pulled Pork in a Pressure...

Combine the remaining 1 tablespoon brown sugar, the paprika, 1 teaspoon salt and 1/2 teaspoon pepper in a small bowl. Rub all over the pork, then add to the slow cooker along with the sausage. Cover and cook on low, 8 hours.

Remove the pork and sausage and set aside to cool slightly. Skim off the excess fat from the cooking liquid, then strain into a large skillet and bring to a boil. Cook until reduced by one-third, about 15 minutes.

Shred the pork with a fork and coarsely chop the sausage. Toss the pork and sausage with enough of the reduced cooking liquid to moisten; season with salt.

Whisk the mayonnaise and the remaining 2 tablespoons mustard in a small bowl; spread on the buns. Fill with the pulled pork and pickle slices. Serve with potato chips. 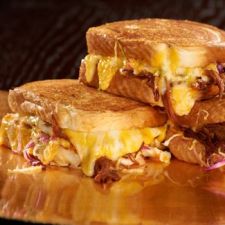