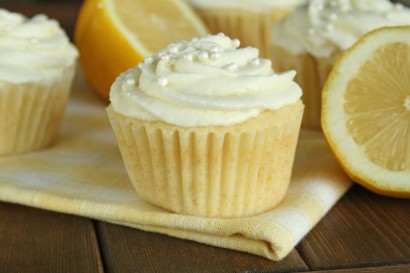 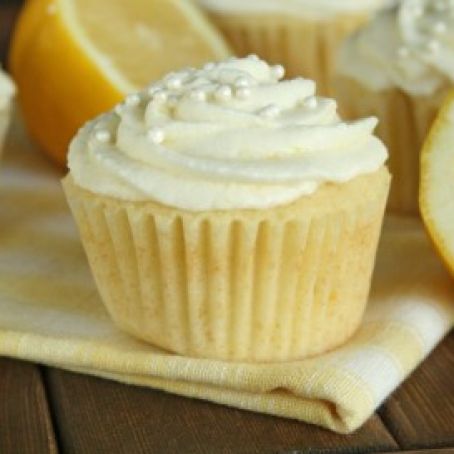 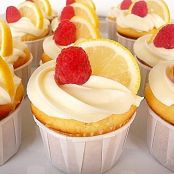 Preheat oven to 350°F. Line 12 muffin tins with paper liners and set aside.

Scoop batter by the spoonful into prepared muffin tins, dividing it evenly. Reduce oven temperature to 325°F and put cupcakes into the oven and bake 20 to 25 minutes or until just baked. The last thing you want to do is over-bake these, make sure to watch them carefully. Remove from oven and cool completely.

For the frosting, whip cream until stiff peaks form. Remove from bowl and set aside. In the same bowl, whip butter, vanilla, lemon zest and powdered sugar for about a minute. You just want to break the butter up in the powdered sugar. With the mixer on, stream in the milk until the frosting starts coming together. Scrape the sides of the bowl and whip it on high for about 2 minutes. Fold in the cream carefully. Once it’s all incorporated, you can frost your cupcakes. I used a piping bag with Wilton tip #1M, but doing it old school with a knife is totally fine too. Serve.

If there are leftovers, store them in the fridge. 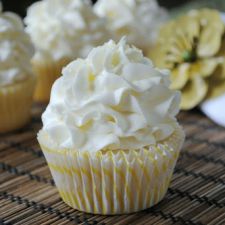