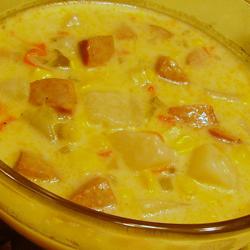 "This is a slightly spicy, smoky, hearty corn chowder. The recipe was given to me by a dear friend many years ago and the original source is unknown. I have adapted it to suit my family's tastes. If you prefer a thicker chowder, you can stir in a can of creamed corn. Serve this with cornbread or a crusty French loaf for a lovely meal, enjoy! 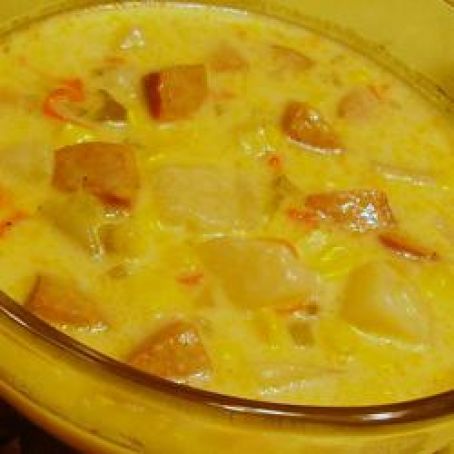 Heat olive oil in a large pot over medium-high heat. Cook and stir onion, celery, green bell pepper, and red bell pepper in the hot oil until softened, about 5 minutes.
Stir garlic, cayenne pepper, and diced andouille sausage into the onion mixture; continue to cook and stir until the sausage is hot, 1 to 2 minutes more.
Fold corn kernels and bay leaves into the sausage mixture; season with thyme. Allow the mixture to simmer until the corn is warmed, about 1 minute.
Pour chicken broth into the pot; bring the mixture to a boil, reduce heat to medium-low, and cook at a simmer, stirring occasionally, about 30 minutes.
Stir potatoes and heavy cream to the pot, place a cover on the pot, and continue cooking at a simmer until the potatoes are tender, about 20 minutes.
Season the chowder with salt and black pepper.
Remove and discard the bay leaves.
Garnish with cilantro to serve. 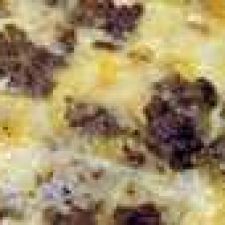