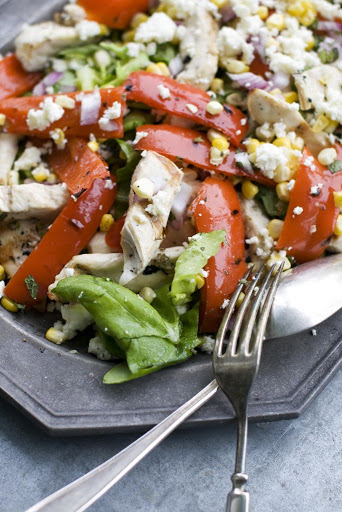 The chicken, for example, is easily replaced with thinly sliced steak. Or turkey tenderloin. Or small cubes of lamb. Or salmon. Don't have Boston lettuce? Use anything frilly and green. Or even something not so frilly. Heck, use a bed of finely chopped steamed and cooled broccoli if that's what you have. And substitute at will for the veggies I call for. I like them grilled, but don't feel compelled. Want something bready? Grill some and add as crouton. My only request? Don't use bottled dressing. Make it. Homemade vinaigrette tastes better, is better for you, and makes you a better person. And use your hands when dressing the greens with it. You'll get much better coverage, making for a much better salad. 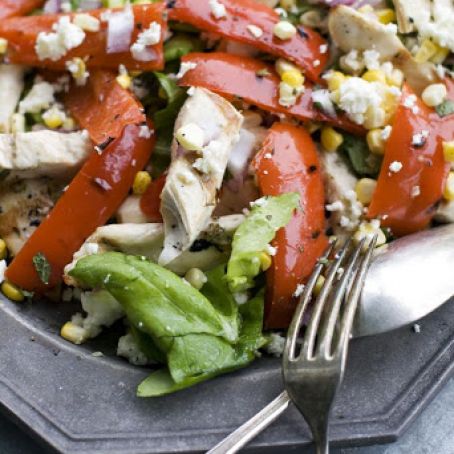 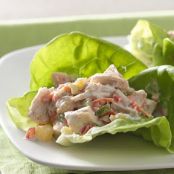 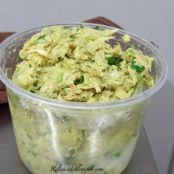 Heat a grill to high.

In a large bowl, combine the olive oil, lemon juice, garlic, oregano, 1/2 teaspoon salt and a generous amount of pepper. Whisk well. Transfer 2 tablespoons of the dressing to a medium bowl. Add the chicken to the smaller bowl, toss well to coat, then set aside.

Set the peppers and corn on the grill. Lower the heat to medium and cook, turning often, until lightly seared and the peppers just start to turn tender, about 3 to 6 minutes. Return to the plate and set aside. Add the chicken to the grill and cook for 4 minutes per side. Transfer to the plate with the vegetables.

Add the lettuce to the large bowl and use your hands to toss it with the dressing, carefully coating each leaf with the vinaigrette. Divide the greens between 4 serving plates, then top each with some of the peppers and chicken. Divide the red onion and mint between the plates.

Stand each ear of corn on its wide end then cut off the kernels by sawing a knife carefully down the sides. Divide the kernels between the salads, then top with feta cheese. Serve immediately. 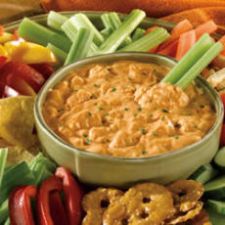