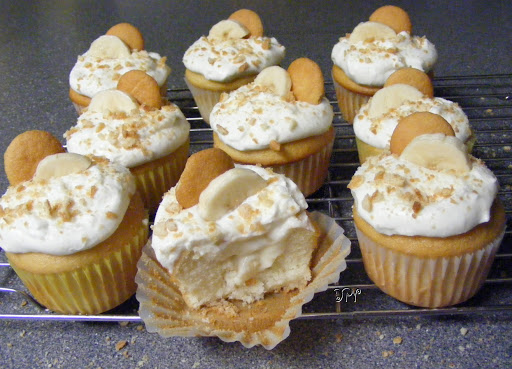 Centers of vanilla cupcakes are hollowed out and filled with banana pudding, then topped with whipped cream, and garnished with crushed vanilla wafers, a MINI vanilla wafer, and a banana slice. 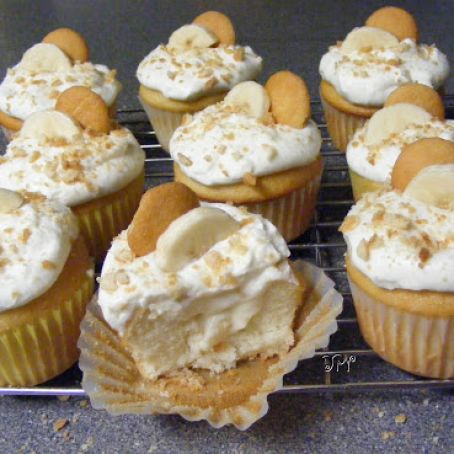 How I made them:

I prepared Betty Crocker Golden Vanilla cake mix for the cupcakes. When they were cooled completely, I used a thin, sharp knife to hollow out the centers of cupcakes as shown in one of the photos above.

Meanwhile, with a mixer on high speed, I beat a pint of whipping cream with 6 tablespoons confectioners sugar and 1/2 teaspoon vanilla extract until stiff peaks formed.

Then, I folded a scant one-third of the whipped cream into the chilled pudding, then added the diced bananas to it. (The remaining whipped cream is used for the top.) 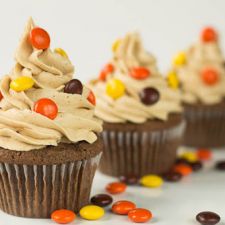