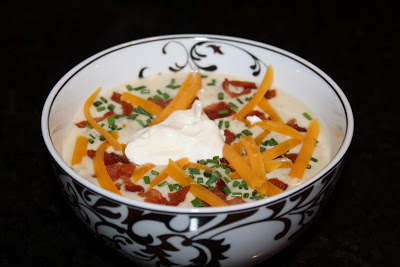 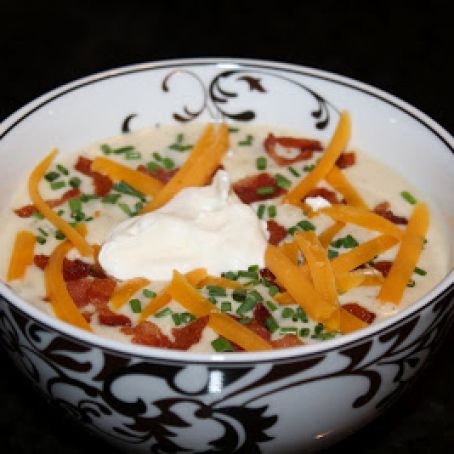 1. In a 6-8 quart stock pot over medium heat, fry bacon until crisp (or melt butter if using butter instead)
2. Remove bacon and drain on paper towels, reserving half for garnish. In bacon fat, cook onions, carrots and celery until the onions are translucent. Add potatoes and cook for 4 minutes, stirring occasionally.
3. Whisk in flour and stir constantly over low heat until the flour is cooked and the mixture has thickened slightly, (about 5-7 minutes). Add stock and half the bacon. Season with salt and pepper.
4. Over medium-high heat, bring the soup to a simmer and cook for 25 minutes or until the potatoes are soft. Mash some of the potatoes for a thicker, creamier texture. Add the cream (or half and half/milk) and simmer for 5 minutes. Adjust thickness by adding water or stock. Soup should have a creamy consistency.
6. Season to taste and garnish with toppings. 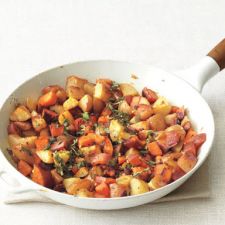