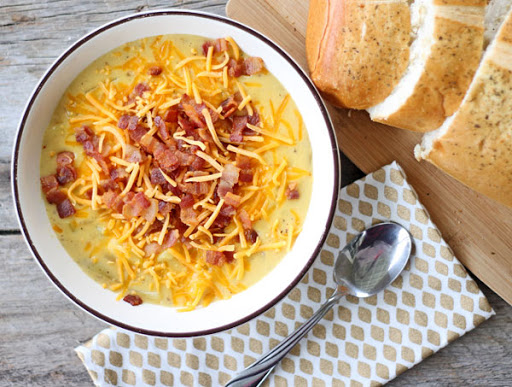 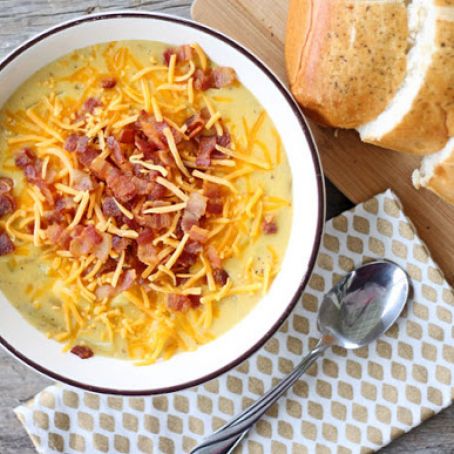 Start by boiling your potatoes in salted water, which should take about 15 minutes. While the potatoes are boiling, start on the base of the soup. In a heavy bottom pan over medium high heat, brown the bacon until crispy (I love my Dutch oven for this). Remove the bacon pieces and put on a paper towel lined plate, reserving them for the garnish. To the rendered bacon fat, add in the onion and garlic. Cook for about 2 minutes, until it becomes slightly translucent. Add in the chicken broth, then reduce to medium heat (make sure to scrape up any bacon residue from the bottom of the pan – it’s got killer flavor!) Reduce the chicken broth/onion mixture for 5-6 minutes, until it’s about 1/4 of the original amount. While the broth is reducing, in a bowl mix together three cans of Campbell’s Cheddar Soup, 2 cups of milk and the black pepper. Once the broth is reduced, add in the Cheddar Cheese Soup mixture to the broth. When the potatoes are cooked, drain then add to the cheese soup mixture. And that’s it! 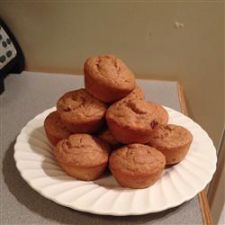