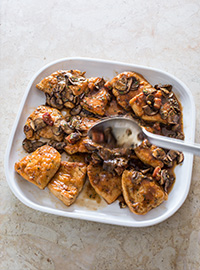 In our recipe for chicken Marsala, we take a new approach to fabricating and cooking chicken cutlets. First, we cut each chicken breast in half crosswise. Then, we cut the thicker half in half horizontally to make three identically sized pieces that can easily be pounded into cutlets. We salt the cutlets briefly to boost their ability to retain moisture and then dredge them in a light coating of flour, which accelerates browning and helps prevent the meat from overcooking. We sear the cutlets quickly on both sides and set them aside while making the sauce. Our Marsala sauce uses reduced dry Marsala and chicken broth, along with cremini and dried porcini mushrooms for rich flavor and gelatin for a silky texture. Once the Marsala and mushroom sauce is complete, we return the cutlets to the pan to cook them through and wash any excess starch into the sauce, eliminating gumminess. 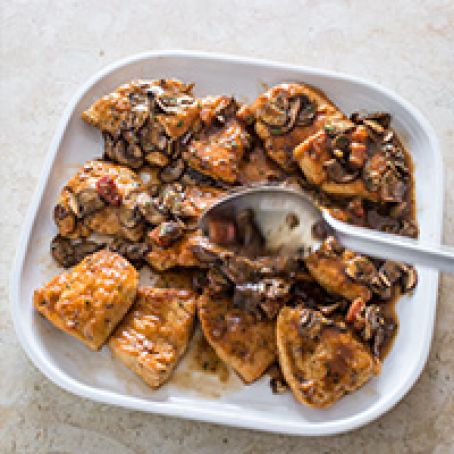 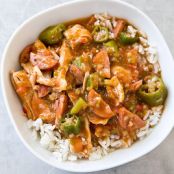 Chicken and Sausage Gumbo for Two 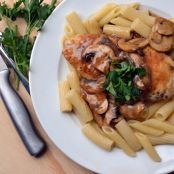 It is worth spending a little extra for a moderately priced dry Marsala ($10 to $12 per bottle). Serve the chicken with potatoes, white rice, or buttered pasta.

1. Bring 1 cup Marsala, gelatin, and porcini mushrooms to boil in small saucepan over high heat. Reduce heat to medium-high and vigorously simmer until reduced by half, 4 to 6 minutes.

3. Strain Marsala reduction through fine-mesh strainer, pressing on solids to extract as much liquid as possible; discard solids. Return Marsala reduction to saucepan, add broth, and return to boil over high heat. Lower heat to medium-high and simmer until reduced to 3/4 cup, 8 to 10 minutes. Set aside.

4. Spread flour in shallow dish. Working with 1 cutlet at a time, dredge cutlets in flour, shaking gently to remove excess. Place on wire rack set in rimmed baking sheet. Heat 2 tablespoons oil in 12-inch skillet over medium-high heat until smoking. Place cutlets in skillet and lower heat to medium. Cook until golden brown on 1 side, 2 to 3 minutes. Flip and cook until golden brown on second side, 2 to 3 minutes. Return cutlets to wire rack.

6. Add cutlets to sauce and simmer for 3 minutes, flipping halfway through simmering. Transfer cutlets to platter. Off heat, whisk in butter. Stir in parsley and cremini mushroom mixture. Season with salt and pepper to taste. Spoon sauce over chicken and serve. 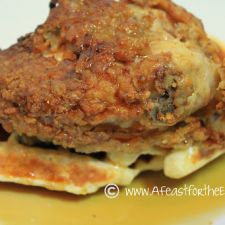