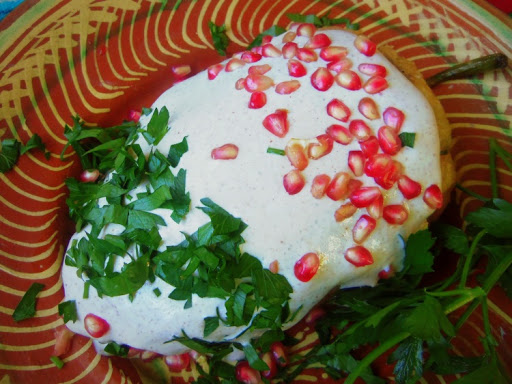 Homemade picadillo filling in poblano peppers, fried with an egg batter and served with a homemade nogado or pecan sauce is a traditional Mexican dish, that is worth the extra time in the kitchen. 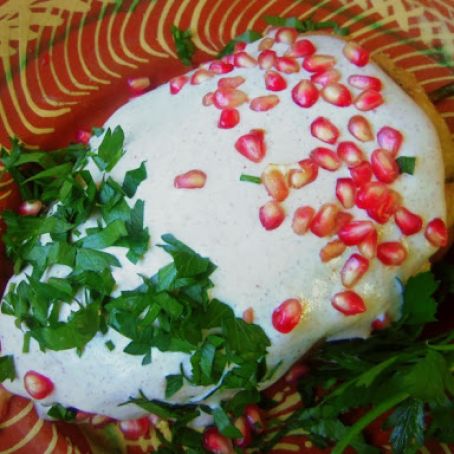 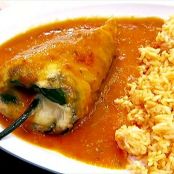 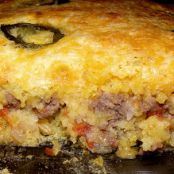 Roast the poblano peppers. Set the top rack in oven about 8 to 10 inches from top broiler. Preheat oven to broil on high. Place the poblano peppers on baking sheet and broil for about 8 to 10 minutes, turning halfway through cooking time. Make sure most of the skins blister. You may have to rotate your peppers, all ovens vary. Remove peppers from oven and transfer to a plastic bag or a bowl covered with plastic wrap. Let them cool.

In a medium sauce pan, bring 5 cups of water to a boil. Cut the ends off of the plantain, then cut in half, horizontally. Place in boiling water and boil for 15 minutes. Remove from water and let cool.

In a large skillet, heat 2 tablespoons olive oil to medium heat for 5 minutes. Add the ground beef and pork. Season to taste with salt, 1/2 teaspoon pepper and 1/2 teaspoon granulated garlic. Cook for about 10 minutes until browned and seared.

To the ground meat, add salt, pepper, garlic powder, dried thyme, marjoram, cumin, red onion, minced garlic, chipotles, tomatoes, green apple, pear, peach rains and broth. Bring to a boil, reduce heat and continue cooking mostly covered. While the filling is cooking, peel the skins off of the plantains. Dice the plantains finely, then fry them in a little preheated olive oil until golden and crisp. Using a slotted spoon, transfer plantains to ground meat mixture. Stir well to combine and cook for another 5 minutes or until most of the liquid is absorbed. Remove from heat and let cool.

While the filling is cooling prepare nogada sauce. Combine all of the ingredients in the blender. Blend until smooth, taste for salt and sugar, cover and set aside. Remove the blistered skins from poblano peppers. Careful not to rip the peppers and you want to try and keep the stems intact. Make a slit just below base of pepper about 1/2 inch from the bottom of pepper. Using your fingers, gently remove the seeds, as many as you can from the inside of peppers. Fill each pepper, gently pushing with your fingers to fill each space. Do not overfill. Transfer to a plate and chill until ready to add the batter.

In a medium skillet, preheat 2 1/2 to 3 cups of oil to medium heat. I suggest using a thermometer. You are looking for a temp. of 350ºF. While the oil heats up, remove peppers from refrigerator and dust generously with flour, all over. Set aside. Separate the egg whites into a large bowl and reserve the yolks. With an electric, hand-held mixer on high, beat the egg whites until stiff peaks form. Tilt the bowl slightly towards you while mixing. After a few minutes, the egg whites should be stiff. Using a rubber spatula, fold in the egg yolks until well incorporated.

When oil is up to temperature, using a slotted stainless steel spoon dip one stuffed relleno into egg batter and lower down into hot oil. Using a different stainless steel spoon, while the relleno cooks, ladle some of the hot oil over top of pepper to cover batter. This will seal the opening and make it easier when turning the pepper. After a few minutes, when pepper is golden brown underneath, carefully turn over and brown the other side. Transfer peppers to a plate or baking sheet lined with paper towels to soak up excess oil. Tent loosely to keep warm. When ready, transfer rellenos to serving plate, ladle with nogada sauce and garnish with pomegranate seeds and parsley.

Tip:
When roasting your poblanos, do not over roast the peppers. You need the pepper to still be a little firm to hold up to stuffing it. Plus having the stem intact can help when coating and frying the pepper. These rellenos are often served with no egg batter and are just as delicious. 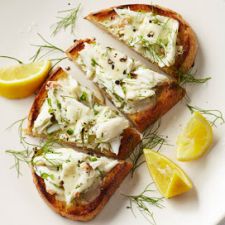