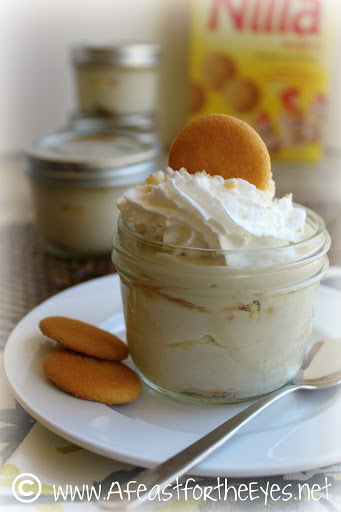 Homemade Banana Pudding in a Jar

Bananas are roasted, until creamy, and then blended in with the cooked pudding. Layered with vanilla wafers, and topped off with fresh whipped cream, this dessert will become a family favorite. Recipe has been adapted from Cook's Country, by "halving" the ingredient amounts, to make 6 8-ounce jars 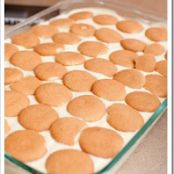 Not Yo' Mama's Banana Pudding 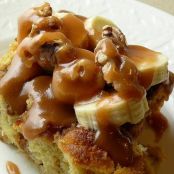 Cut remaining bananas into 1⁄4-inch slices and toss in bowl with remaining lemon juice. Spoon one-quarter of pudding into 3-quart trifle dish and top with layer of cookies, layer of sliced bananas, and another layer of cookies. Repeat twice, ending with pudding. Place plastic wrap directly on surface of pudding and refrigerate until wafers have softened, at least 8 hours or up to 2 days.
Note: I assembled the pudding in 8 ounce canning jars, finishing the top layer with crushed wafers. 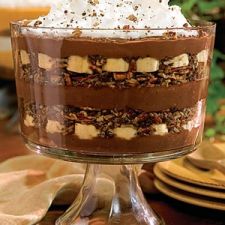